Effects of Religiosity on Adolescent Drug Use 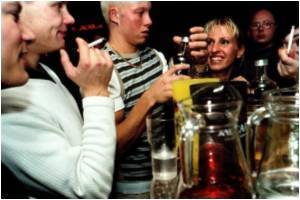 During adolescence, teenagers are often depicted as being vulnerable and easily influenced by their peers and by the media. As a result, the identification of societal influences on adolescents and their consequences has been studied by sociologists for many years. The use of illegal drugs is one of the behaviours that is often been studied because of the high proportion of teenagers who use illegal substances. Many factors can influence illegal drug use in teenagers such as the desire to be accepted by a certain crowd or wanting to mimic the “good life” as portrayed by television characters and celebrities in the media. Studies have shown that 63% of Canadian adolescents between the ages of thirteen and sixteen have tried alcohol and 17% have smoked marijuana (Health Canada, 2005). However, there are also societal influences that can lower adolescent drug use, such as religiosity. Religiosity is defined as how religious one is privately or publicly. Private religiosity would involve individual prayer and participation in religious activities, while public religiosity involves practicing a religion as part of a wider community. In almost every organized religion in society, the tenets and teachings of that religion tend to discourage drug use among all members, particularly adolescents. Therefore it can be predicted that as an adolescent’s religiosity increases, their participation in illegal drug use should decrease. This inverted relation can be attributed to the elements of religiosity which have an effect on teenagers, such as the role that their religious network plays, the influences that religious peers have upon them and the effects of growing up in a religious household.

The relationship between adolescent substance abuse and religiosity can be explained through Sutherland’s differential association theory. His theory ultimately proposes that through the norms of society and behavioural teachings one will either learn to promote or proscribe certain deviant behaviours (Bahr & Amoateng, 1986). Therefore the teachings of religion can play a significant role in whether or not an adolescent will engage in illegal substances because what they see as right or wrong has been defined by their religion. Although unreligious people will have also learned the consequences of deviant behaviour through the norms of society, it can be assumed that religious people will be more likely to adhere to their morals as they will believe to have more at stake. Conforming to a religion’s teachings and moral standards will often be perceived by members as leading to the ultimate reward of internal happiness in some kind of afterlife (Cochran & Akers, 1989).  Data supports the premise that direct teaching against drug use, as is part of many religions, will ultimately lower adolescent drug use (Bahr & Amoateng, 1986).

The social control theory helps explain how the role that an adolescent plays in their religious community can strongly affect the likelihood of them participating in a deviant behaviour such as illegal drug use. The social control theory states that an individual will be less likely to engage in a deviant act if they have a strong bond to some type of conventional institution (Linden & Currie, 1977). Therefore because many religious institutions, such as a church, are very conventional it can be expected that an adolescent belonging to such an institution will be less likely to use illegal drugs (Linden & Currie, 1977). Religious networks also positively influence the participation in socially conventional activities which help to reinforce adolescent’s morals (Bahr & Amoateng, 1986). Overall, religious networks tend to establish stronger bonds within society which leads to a greater conformity with social norms than would likely exist in the networks of an unreligious person (Bahr & Amoateng, 1986). 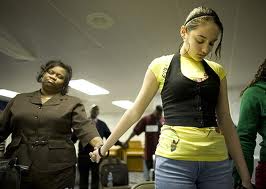 Adolescents may experiment with drugs for many different reasons such as coping with a parent’s divorce, a family death or any other emotional difficulty they may be experiencing in their lives. However being affiliated with a religious institution will provide these adolescents with ways to cope with the stresses of life (Wills et al., 2003). Karl Marx was a strong believer that religion was in itself a type of drug which he often referred to as “the opium of the people” (Hewitt et al., 2011). He believed that practicing a religion provided a means of distracting people from their suffering and he promoted living a conventional life in order to get rewards in the afterlife (Hewitt et al., 2011). All of this supports the premise that adolescents belonging to religious institutions will strive to live a religious life, which will most likely mean abstaining from drugs, and they will have an easier time doing so because their religion has provided comfort when facing the difficulties of life.

Belonging to a religious network also tends to have an effect on the kinds of people that an adolescent chooses to associate themselves with. The effect of peers on adolescent drug use has been found to have the strongest correlation out of every factor tested (Needle et al., 1986). In accordance with the differential association theory, an adolescent will learn to accept or reject deviant behaviour based on the principles of significant people within their lives (Needle et al., 1986). During the adolescent years, teenagers look primarily to their peers for guidance and acceptance. Therefore, if a teenager has close friends who are using illegal drugs, there is a greater likelihood that they will use drugs as well (Needle et al., 1986). It is highly unlikely that one would choose to use illegal substances unless their friends were (Bahr et al., 1998). Belonging to a religious institution can therefore help reduce the incidence of drug use.  One is more likely to look for companionship with people similar to themselves which in this case would mean fellow teenagers who share the same religious values. In some cases, especially when looking at public religiosity, the higher the level of religiosity in an adolescent the stronger will be the commitment to their religious community and thus to the teachings of that religion. These adolescents may engage in religious ceremonies and activities more, which will allow them to make friends with individuals who practice the same religious teachings (Bahr et al., 1998). 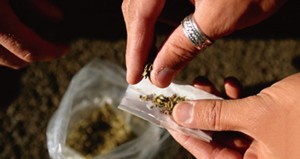 Religiosity in a family also has a positive correlation to the level of bonding between parents and adolescents and can also lead to a reduction in the incidence of adolescent drug use. The fact the parent-adolescent bonds decrease the likelihood of drug use among teenagers is associated with the social control theory. This theory proposes that adolescents will be more respectful and have a higher need to please their parents when the bond is stronger (Bahr et al., 1998). A stronger bond may also encourage an adolescent to develop similar beliefs to their parents such as anti drug values. An adolescent who grows up in a household with pro drug notions, will be less probable to participate in religious institutions because of a weaker bond to society (Johnson et al., 1987).

Adolescent drug use has been an issue prevalent in society from generation to generation; however, high religiosity among teenagers is shown to be inversely related to illegal substance use.  Belonging to a religious institution gives adolescents a guidepost on how to live their lives in the most religious way possible and it creates a social bond with institutions and society that helps to reduce the likelihood of illegal drug use. Having high public religiosity will also steer adolescents towards activities and events that will further legitimize the abstinence of drugs and will surround them with peers who hold the same values. This, along with the religiousness of an adolescent’s family, can be strong predictors as to whether an adolescent will engage in drugs. In contradiction however, a study conducted in 1972 by Kane and Patterson, showed that heavy drinking was found to be positively associated with church attendance (Johnson et al., 1987). This is a research topic definitely worth more analysis as it seems that for some adolescents who are forced to participate in organized religion by their community or parents, may be more likely to resort to substance use as a means of rebelling from institutional values.  Overall, there is a clear relationship between an adolescent’s religiosity and their drug use which can be important information for adolescent drug prevention programs as it suggests that teaching adolescents anti drug values, as they do in religious teachings, can result in a decrease in rates of adolescent substance use.

Cochran, J.K., & Akers, R.L. (1989). Beyond hellfire: An exploration of the variable effects of religiosity on adolescent marijuana and alcohol use. Journal of Research in Crime & Delinquency, 26, 198-225.