1. Renewable energy source: a source of energy; such as water, which can be replaced or restocked in a human lifetime.

2. Non-renewable energy source: a source of energy; such as fossil fuels and uranium, which cannot be replaced or restocked in a human lifetime.

3. Negative charges: the type of electrical charges that can be rubbed off a material; negative charges are associated with electrons.

5. Electrically neutral: an object that has an equal number of positive charges and negative charges; this object is not electrically charged.

6. Conductor: a material that lets heat and electricity move through it easily; conductors are usually metals.

7. Conductivity: describes how easily a substance lets heat or electricity move through it.

8. Insulator: material that does not allow heat and electricity to move through it easily; insulators are often made of plastic or rubber.

9. Charging by contact: causing a neutral object to become charged by touching it with a charged object; for example, getting a shock when you touched a charged doorknob.

10. Electroscope: a device for testing an object to find out if it is charged. 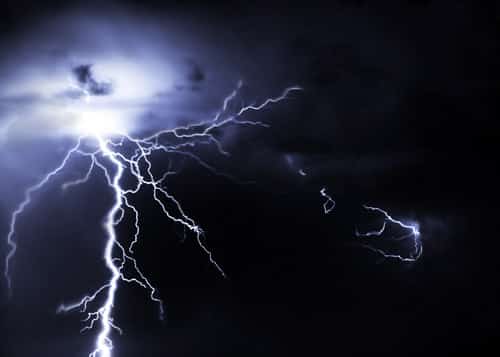 12. Discharged: state of an object when it has lost its excess charge; for example, a doorknob with excess negative charge becomes discharged when it passes the excess charge to the hand of someone who touches the knob.

13. Grounding: connecting a conductor to Earth’s surface so that charges can flow safely to the ground; a metal rod is used to ground the metal parts of large tank trucks while they are refuelling.

14. Source: a material whose energy is used to create electricity; moving water, fossil fuels (coal, oil, natural gas), uranium, wind, and the Sun are all sources of electrical energy; also, the device that supplies electrical energy to operate any electrical device; for example, a battery or an outlet.

17. Ampere: the unit of measure that describes the amount of current flowing through a wire in an electrical circuit; ampere is abbreviated as amps.