Essay: Changes caused by the FDI Policy in India

The proposed FDI policy in India would have both positive and negative changes on the Indian economy. While the dark side remains ignored by politicians, it is necessary to know both the sides of the arguments before taking a stand. The FDI policy is known to have features like 51% foreign equity in a foreign company while 49% for the domestic counterpart, total investment of at least $100 million dollars out of which half is to be invested in backend infrastructure and its introduction in areas where the population is more than one million. Here, I feel that the features itself will bring about changes promoting exclusion on a very large sale; not allowing a producers to reach out to all the sections of the population from the proposed policy.

Sarkar compares the introduction of the FDI policy in India to the industrial revolution in the west by saying that “there was a trade-off between the short and the long run as far as technical progress is concerned”. According to Sarkar, the implementation of the FDI policy in India will lead to certain negative as well as positive changes. Huge investments will lead to the introduction of an improved storage technology would revolutionize the storage facilities in India and reduce wastage subsequently. Hence, the statistics of 51% food grains rotting in go downs will reduce considerably and avoid wastage. It will also improve the supply change of India in a considerable way. Where, this holds true to an extent, in my view, the government must not depend on FDI to implement adequate storage facilities. Instead, without any foreign investment, the government must take steps to ensure the adequacy of proper storage facilities within the country. The flip side to this will be that due to the influence of well equipped storage facilities; the firms producing the current technology will have to shut down. 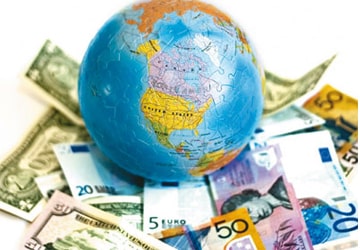 Go downs will be filled with dead stock and the present company’s cost will exceed its revenue forcing them to close down. Also, since small kirana shops won’t be able to get access to such bulky technology, they will be at a loss. For eg: Milk products like cheese, cottage cheese; etc can be stored in retail shops for longer durations than  in a local kirana shop. On this occasion, I think allowing so much domination by the international trader will lead to such firms to emerge as monopolists with chunk of capital and technology concentrating in their hands. So, I feel the FDI policy should be formulated keeping in mind such situations. Also, the government must intervene in such cases where international firms are dictating the Indian market by the virtue of greater investment.

FDI will bring about joint ventures connecting the international and domestic market and make trading smooth. The interaction between the local trader and the international trader will increase. Arbitraging will be dominant in the Indian market and thus, cheap goods from all over the world will be floating in the market. Sarkar says that “the current account may worsen overtime, with cheap manufactured imports exceeding uncertain agricultural exports.” When the home currency depreciates, the trading country with a stronger currency will be dangerous for the economy of the home county. In a country like India, the change will be felt more because India’s currency rate is lower than that of the US dollar or the pound. India’s balance of payments will lie in trouble. But, neglecting the negative side of this change, it will mean that the FDI policy will increase competition in the domestic market and induce scope for innovation. Swaminathan S Ankalesria Aiyar believes,” These (policies) have constantly created new winners, triumphing over new losers.” Domestic traders and capitalists thus, would be happy because they can get access of the huge capital put in by international traders. The conditions of factories and go downs in India will improve and production will rise substantially because the international trader has greater access to capital. At this point, I feel that we will be making the international counterpart more dominant in the Indian market giving him powers to rule the market just by the virtue that he has greater share in the firm. We will end up concentrating too much power in his hands giving rise to exploitation. But, the international partner can, on the other hand, get access to resources and infrastructure in India. Hence, such firms will be able to produce at a lesser rate and earn greater margin of profit. For eg: Fast food outlets like Mc-Donald, KFC; etc are setting up outlets in India where land and labour is relatively cheaper. Hence, they can earn profits due to their low fixed and variable costs and commercial economies of scale. By claiming this, again, we would be neglecting the fact that small scale industries or unorganized sectors will lose out because of this. Since, international companies will flood Indian markets, the unorganized sector will lose out. For eg: Gradually, the local vada-pav will be costlier than a Mc-Donald burger because Mc-Donald will be in a position to reduce prices unlike the local vendor. Similarly, in the rural set up, big farmers and medium sized farmers will be able to afford infrastructure like tractors, machines, farming equipments; etc which will facilitate them in producing better products for the international firms. But, the small farmers who hardly have land holdings won’t be able to match up with the scale of production compared to the other big farmers. Companies will not invest in small farmers owing to a loss and thus, small time farmers won’t have access to upgraded and well equipped technology. Since, majority of India’s population depends on agriculture for sustainability, a rise in agro prices because of excessive demand domestically, will lead to lesser production and more self-consumption for the local farmer. Somewhere down the line, the international traders will opt for sales maximizations first, thus reducing their prices and making their products affordable for the whole class of the population. These firms would easily be able to adopt such policies because the amount of capital they would invest in the firm would be much higher than the small farmer. Thus, the enterprise could easily gain from economies of scale and thus, invest the gained revenue towards marketing cost; thus attracting consumers to shift. For eg: Even today, big  supermarkets like Hypercity, D-mart; etc sell onions at Rs 23 per kg; while the local vendors sell them at Rs 30 per kg because of the commercial economies of scale. Therefore, the rate of sale by the international firm and the domestic farmer will differ considerably.

As per the proposed policy and the contracts between the domestic and international traders, the international trader will provide a lower rate of interest to the farmer enhancing his local produce and sell it to the international trader; instead of depending on the exploitation which he usually faces because of the middle-men. This will give the big and small farmers an incentive to produce more. However, the firms which will trade in India will keep profit maximizations as their main strategy and start diverting capital to areas where demand is inelastic. Where this will be feasible only in urban spaces, urban areas will be under ecological threat with huge buildings, malls and residential spaces cramming in limited spaces. According to Swaminathan S Anklesria Aiyar, “Industry and services cannot expand without highways, electricity, ports and airports, rail links and pipelines.” He also believes that “Rail fares have been increased, diesel prices are going to rise every month till the implicit subsidy disappears , a cap has been put on LPG gas connections, and foreign investor fears have been assuaged on general anti-avoidance tax measures.” Thus, such investments will add up to the total costs of the firm and compromise on ecology.  The mall retail space in India’s top eight cities was 64.7 million sq ft in September 2012, more than 70% of which was added in the last five years. Around 28 million sq ft retail space is expected to be added in five years. Despite the high vacancy level (18%) in the malls, the Delhi-National Capital Region would have an additional 10 million sq ft space by 2016, according to property consultant Cushman & Wakefield India. Thus, a lot of space will have to be diverted towards the implementation of the FDI policy. Foreign capital will be brought to India to ensure growth and profitability of the internationals and not development for the domestic. Demand will drive price giving complete power to the international trader to control the market. Small and local firms will be nowhere close to the competition of international traders, and such firms would slowly shut down.

Thus, we may say that there are flaws in our system which prevents the FDI policy to mould itself suitably in India. Thus, more than FDI, our system needs a changeover. The proper implementation of the policy along with adequate measures to prevent exploitation within the proposed policy will ensure growth and development in India. Hence, measures to develop and strengthen our PDS system must be implemented. The domestic infrastructure and local trade must be made strong enough to be capable of competing with foreign trade. Protection policies which will prevent monopoly of international firms through capital and infrastructure must be taken care of through adequate protection policies. Although, in the short run we might face some sacrifices; but in the long run, the FDI policy is sure to ensure growth if changes are diverted as positives and strengths of the policy.