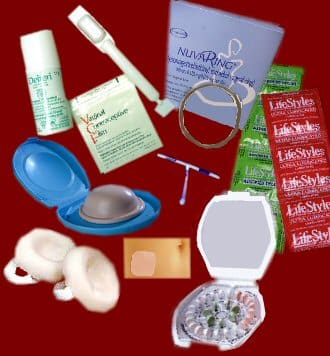 Failure Rate: percentage of women who become pregnant in a year while using a contraceptive method.  (failure rate for perfect users and typical users varies) [I.e The Pill. Perfect: 0.1% and Typical: 3%)

Pill is close to 100% effective, doesn’t interfere with intercourse. Decreases menstrual flows and cramps. Can reduce acne and protect against pelvis inflammatory disease. However it can be expensive ($24/month). Could be seen as contraceptive overkill for women who have sexual infrequently and NO protection against STDs.

Women who want to be become pregnant and simply stop taking the pill and within 2-3 pregnancy rates are the same as a women who never took the pill. 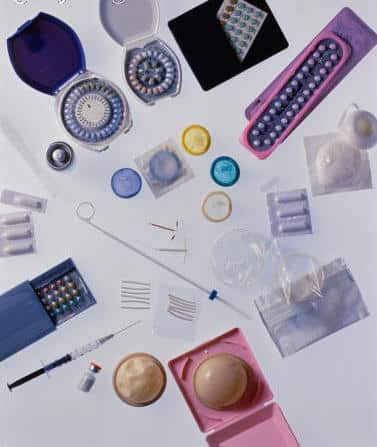 steady level of estrogen, but 3 phases of progesterone. This mimics the woman’s natural hormonal cycle and decreases changes of depression & irritability.

The Patch: Combination birth control pills administered transdermally (though the skin). Last for once a week (wear 3 patches and then one patch free week). Found to be extremely effective and easily to manage than pill.

Vaginal Ring: flexible, transparent ring made of plastic, and filled with birth control hormones. (same as combination pill but slightly lower). Placed high up in the vagina, found to be very effective (same % as pill)

Emergency Contraception: Plan B (contains progestin) at high doses. Only effective between 12-120 hours. Side Effects: Nausea, vaginal bleeding, fatigue, headache, dizziness, breast tenderness. Plan B works to try to stop ovulation, inhibit sperm etc. WILL NOT CAUSE ABORTION! 75-89% effective. Over the counter-drug.

Depo-Provera (DMPA). Injection of progestin. Repeated every 3 months. Prevent ovulation, thickening of cervical mucus, growth of endometrium. Highly effective: 3% failure rate. Does NOT interfere with intercourse, but most users experience amenorrhea (no menstrual periods), and permanent bone loss after 2 years of use. (should be used as last resort). After stopping use, women are infertile for 6-12months, but then pregnancy rates return to normal.

IUD. Intrauterine device. Small piece of plastic. Metal (copper) or hormones (progesterone) can be placed in device; it is inserted in uterus by doctor and remains there until woman wants it removed. Multiple lawsuits against manufacturers by people claiming it has done damage (i.e Dalkon Shield).  Prevents fertilization. Release progesterone directly into uterus. Extremely effective, but due to women accidental expulsion from uterus, effectiveness can be reduced. Copper T causes menstrual cramps, bleeding and increased flow, but Mirena can do the opposite effect. Can be removed and pregnancy can be achieved.

Diaphragm. Circular dome shaped piece of rubber with rubber-covered rim of flexible mental. Inserted into vagina and covered the cervix. Can be used with contraceptive cream, must be left in placed after sex for at least 6-24 hours. Longer will cause Toxic Shock Syndrome. Failure rate: 20%, primarily due to improper use. Has few side effects; sometimes irritability due to cream/gel leaking.

FemCap. Method of birth control involving a rubber cap that fits snugly over the cervix.

Male Condom. contraceptive sheath that is placed over the penis. Highly effective: 2% failure. Protection against STDs as well. Reduced sexual feeling. Cheap, No prescription, Easy to use and ascertain.

Spermicides. Contraceptive foams (sperm killers) Must be left in for 6-8 hours. 1 application= protection for one round of intercourse. 25% failure rate; people can have allergic reaction. Can be combined with other contraceptive methods; condoms etc. NO STD protection.

Douching. Flushing out the inside of the vagina with liquid. Not effective. Sperm are often at cervical mucus within seconds and can’t be reached by douching.

Withdrawal. Man withdraws his penis from the partner’s vagina before ejaculation. 27% failure rate. Not very effective and should only be used as a last resort.

Fertility Awareness (Rhythm Method); method of birth control that involves abstaining from intercourse around the time of a woman’s ovulation.

****ALL Fertility Awareness METHODS are highly ineffective  but inexpensive.

Sterilization. Procedure in which individuals is made sterile; incapable of reproducing. Both male and female sterilization are becoming increasing popular. Male: Vasectomy. (severing the vas deferens). 100% effective, complications are rare. 50% chance of reversal. Female: Miniaparotomy. (severing the fallopian tubes). 100% effective, pregnancy rates are lowers if procedure if reversed.

Abortion: The termination of a pregnancy. Legal in North America and rates are increasing.

Vacuum Aspiration: Abortion performed during 1st trimester and involves suctioning out the contents of the uterus.

Dilaton & Evacuation. Similar to vacuum aspiration but done during the 2nd trimester.

Mifepristone. (RU-486) the “abortion pill”. Powerful antiprogesterone; causes the endomentrium to sloughed off. Done early at first signs of pregnancy under physician’s care.