Frederick Douglass’s writings reflected many American views that were influenced by national division. Douglass was a very successful abolitionist who changed America’s views of slavery through his writings and actions. Frederick Douglass had many achievements throughout his life. Douglass was born a slave in 1817, in Maryland. He educated himself and became determined to escape the atrocities of slavery. Douglass attempted to escape slavery once, but failed. He later made a successful escape in 1838. His fleeing brought him to New Bedford, Massachusetts. Douglass’s abolitionist career began at an antislavery convention at Nantucket, Massachusetts. Here, he showed himself to be a great speaker.

Douglass became involved with many important abolitionist causes, both through his literary works, and also through activities such 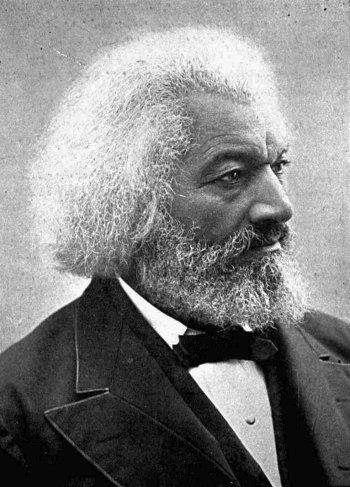 as the Underground Railroad, and also his role in organizing a regiment of former slaves to fight in the Civil War for the Union army. Due to the Fugitive Slave Laws, Douglass became in danger of being captured and returned to slavery. He left America, and stayed in the British Isles. There he lectured on slavery, and gained the respect of many people, who raised money to purchase his freedom. In 1847, Douglass relocated to Rochester, New York, and became the person in charge of the Underground Railroad. Here he also began the abolitionist newspaper North Star, which he edited until 1860. In this time period, Douglass became friends with another well known American abolitionist, John Brown. Brown was involved with the Underground Railroad, and later wanted Douglass to join him on terroristic attacks on a United States government arsenal at Harper’s Ferry. Douglass declined to participate in such activities. He fled, once again, to Europe, fearing that his association with John Brown might threaten him. He returned after several months, and aided in Abraham Lincoln’s campaign for president. Frederick Douglass had many other achievements, mainly political, before dying in 1895, in Washington, D. C. Frederick Douglass’s life as a slave had the greatest impact on his writings. Through slavery, Douglass was able to develop the necessary emotion and experiences for him to become a successful abolitionist writer.

Douglass’s Narrative was known as being a brief, descriptive, and easy to read piece of literature. It showed the hardships of slavery as seen by a real slave. Douglass became educated through his own means. Knowledge was truly a blessing for Frederick Douglass. Without knowledge, Douglass never would have achieved freedom. With knowledge, Douglass realized the importance of freedom. This gave him his desire and a goal, but most of all, hope. Without knowledge, Frederick Douglass would never have been the man he was when he was free. He could express the problems and the solutions of slavery in a convincing, educated manner. This made him more than a cheap source of labor in the North. Knowledge also was a blessing in that it gave his mind a challenge that the burdens of everyday slavery could not give. Learning to read and write was a challenge simply because the resources were not there. He used wit and good natured cunning to trick local school boys into teaching him the alphabet. If he had never sought knowledge, he would never been able to write any of his autobiographies which live on even today as important accounts of slavery. Also, without knowledge, Frederick Douglass would not have become an American legend like he is today. Christianity also played an important role in Frederick Douglass’s life, as well as his autobiography. Douglass had conflicting feelings about slavery and Christianity as seen in Narrative Of The Life Of Frederick Douglass, An American Slave. Frederick Douglass believed in God and was a Christian himself.

He saw the Christianity of his white masters to be a crude mockery of the real thing. At first, Douglass believed that a master who found religion became more humane. When he actually witnessed his master after he became religious, he found him very much crueler than before. Douglass states, “After his conversion, he found religious sanction and support for his slaveholding cruelty.” (pg.187) Frederick Douglass’s Narrative is perhaps his best known, as well as, most popular work. After writing Narrative Of The Life Of Frederick Douglass, An American Slave in 1845, Douglass wrote another biography, My Bondage And My Freedom in 1855. This autobiography featured quite a bit more content than the concise Narrative Of The Life Of Frederick Douglass. My Bondage And My Freedom is a look at slavery from Douglass, both more mature as a person, and as a writer. Also, he reflects on his life as a slave in more detail. My Bondage And My Freedom also gives readers an update to Narrative that includes Douglass’s life as a free man. In 1881, Life And Times Of Frederick Douglass was published. This was Douglass’s final autobiography with the exception of a larger edition that was issued in 1892. It is the life and the times, as the title suggests, of Douglass’s entire life.

This book was less popular with the public than the previous two. Many people found it to be the same material as the other two, and less enjoyable to read. “Its time had passed-or so thought the public, which did not buy it” (McFeely 311). This book included Frederick Douglass’s life as a slave, as well as a free man, well known speaker, and respected diplomat. At the time period it was written, after emancipation, the public was in less need for abolitionist propaganda. But the book’s real message—which few people received—was that the story of slavery should not be purged from the nation’s memory. White America wanted to hear no more of the subject; emancipation had been taken care ofMany black Americans, reacting to this weariness, had become almost apologetic about their slave past (McFeely 311). Frederick Douglass also had another abolitionist publication, North Star. Rather than a book, North Star was an abolitionist newspaper. Douglass edited the antislavery newspaper for sixteen years. North Star’s name later was changed to Frederick Douglass’ Paper. The paper, after the abolition of slavery, became less important and eventually ceased to be published.

Frederick Douglass played a major role in the redefinition of American literature in the Civil War time period. Abolitionism was a very important thing in many people’s lives, and not only ex-slaves. But, with Douglass having been a slave, he had a very good reason to fight for the abolitionist movement. In the South, abolitionists were as common as snow, and did not affect the literature or lifestyles of those people very much. In the North; however, abolitionism was more of a standard practice. After all, the north was where slaves dreamed to escape to. Plantation style farming was not economically important in the north. This made slavery in northern states obsolete. The southern states, though needed inexpensive labor, therefore slavery was a way of life. These differences caused for political strife (and eventually a war). Where there is political conflict, there is also political propaganda, and other related literature. The antislavery campaign was a popular subject for successful writers of this time period. Harriet Beecher Stowe’s Uncle Tom’s Cabin was perhaps the most popular book of the time period. Uncle Tom’s Cabin had a strong antislavery message, and it showed slavery as a very abusive thing. It is also believed that Stowe’s Uncle Tom’s Cabin played a very important role in triggering the Civil War. Frederick Douglass, being an abolitionist writer, had much in common with Stowe. Both were important to American literature and its redefinition during the Civil War time period as influenced by national division.

Frederick Douglass was possibly the best black speaker and writer ever. His success came from his fight against slavery. Being a former slave, Douglass had much reason to participate in the antislavery movement. Douglass wrote three significant autobiographies that helped define the way literature developed during the Civil War time period. These three autobiographies: Narrative Of The Life Of Frederick Douglass, An American Slave; My Bondage And My Freedom; and Life And Times Of Frederick Douglass, are the works that are seen to express a nation’s discontent for the treatment of African slaves in the south. These works document the rise of a slave to a free man, to a respected speaker, to a famous writer and politician. These works do not stand alone, though. Frederick Douglass also was famous for his abolitionist speeches. Douglass also successfully published an abolitionist newsletter, The North Star. All of Douglass’s achievements combined with his great literature combined to redefine the writing of the time. After reading any of his works, one might realize just how important Frederick Douglass was to the abolitionist movement. Douglass changed many people’s lives, and helped to earn the respect of African Americans today. Frederick Douglass’s writings reflected many American views that were influenced by national division.