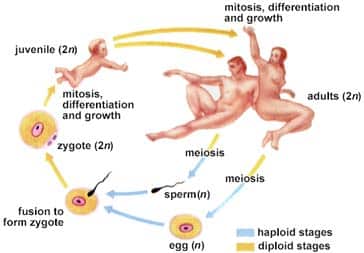 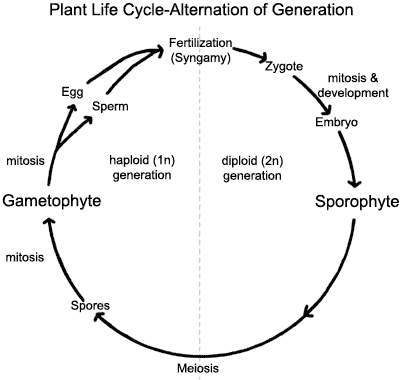 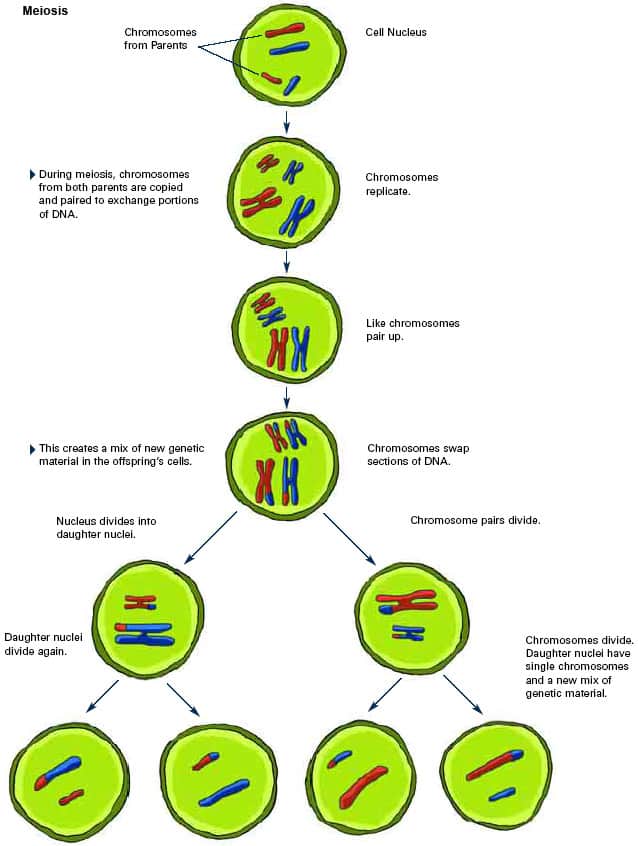 Meiosis II is very similar to mitosis; HOWEVER only happens in reproductive tissue; no immediately preceding S phase; daughter cells not genetically identical. 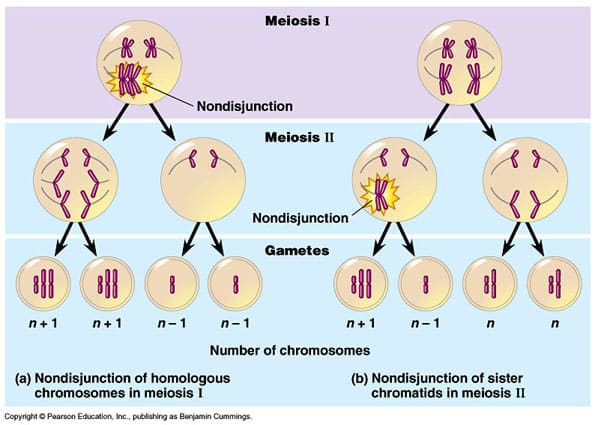 Repair during Meiosis. Meiosis accomplishes a sort of DNA “repair” because in meiosis I, when the chromatids are pulled to opposite poles of the cell, any error in the chromosome would be diminished to one out of the two cells. Furthermore, as meiosis II occurs, and the two cells split again, the damaged chromosome would reside in one of the four gametes. This leaves only a 25% chance of this gamete being used in reproduction. Also, a level of natural selection most likely occurs in the sense that a damaged gamete is less likely to survive than an undamaged gamete, thus “repairing” the “damage” between the generations.

FOUR MAJOR SOURCES OF GENETIC VARIABILITY FROM MEIOSIS AND FERTILIZATION

Mobile Elements: particular segments of DNA, can move from one area to another; cut and paste DNA and backbones; but don’t need homology!!!! (jumping genes) moves within genome of a given cell)

TEs must have contact with section of DNA they want to integrate into; not free agent (jumping genes= inaccurate) 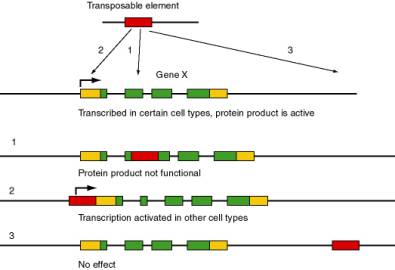 Hey, thanks for the info!