Sexually reproducing organisms create new offspring with the fusion of two parental cells.  If two somatic cells, with a full complement of chromosomes, were allowed to unite, each new cell would have twice the number of chromosomes its parents had.  To prevent this doubling from occurring in sexual reproduction, a special division process (meiosis) is needed.  The process of meiosis produces gametes (sex cells) that contain only half the diploid number.  This is called the haploid number.  This ensures that when fertilization occurs during sexual reproduction, two haploid gametes join to make a single diploid cell called the zygote. 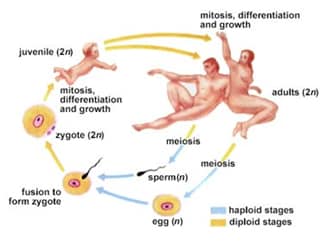 ◦carry the same genes (hereditary traits) as its partner 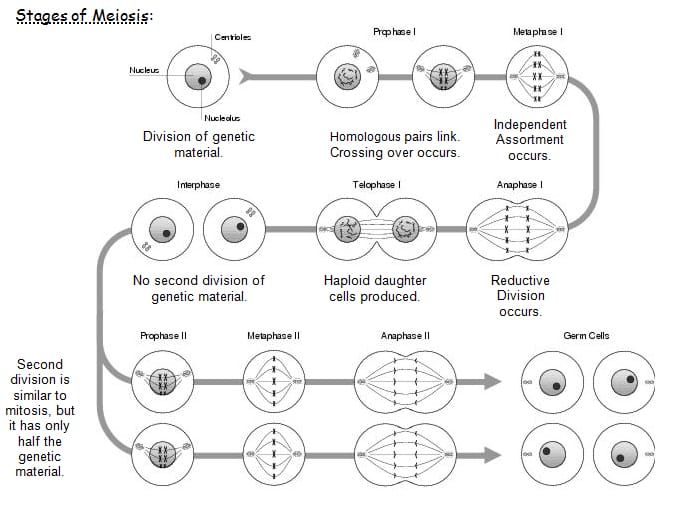 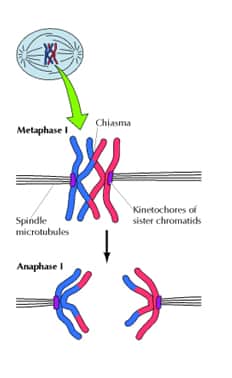 ◦homologous move apart, one chromosome of each pair going to each pole
◦the number of chromosomes has just been halved: from 2n to n
◦this is called reduction division

◦no duplication of genetic material between meiotic divisions
◦similar to mitosis, but begins with half the genetic material
◦the four cells produced contain a haploid number of chromosomes
◦four cells go on to form sperm (males) or eggs (females) 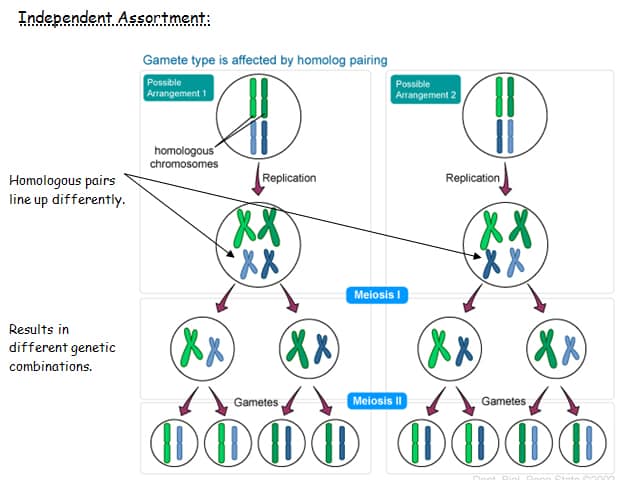