Despite being naturally occurring, the amount of heavy metals in the environment has increased greatly throughout 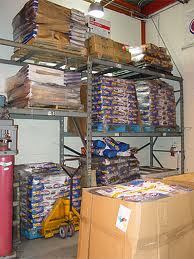 the years as a result of industrialization and human activity. Although many of these metals are vital for sustaining the lives of various microorganisms, high levels have resulted in much pollution and the disruption of the biotic processes that help to recycle these metals . Many microorganisms, however, have  developed resistance to heavy metals, becoming more tolerant of heavy metals in their environment. Yeast is one of these organisms, and its resistance arises from biosorption, the mechanism in which heavy metals are incorporated into its cellular structure by binding to its surface.

It is important to investigate this phenomenon because biosorption has become a considerable cleanup method for these metal pollutants. Yeast, particularly Saccharomyces cerevisiae Meyens ex E.C. Hansen, has become a notable candidate for such a task due the functional group interactions on its cell wall contributing to metal binding abilities (Chen and Wang  2007). However, not all yeasts have the same capability or sorb to the same extent. For instance, the yeast Rhodotorula rubra Schimon was found to be quite a poor sorbent of cadmium ions (Breierovà et al. 2002). Thus, the effectiveness of certain sorbents against various metals must be tested for optimal results.

This experiment was intended to determine the effects of copper (II) chloride on the growth of S. cerevisiae and R. rubra cultures. Since CuCl₂ is quite toxic (compared to other substances containing metals such as Pb, Cd, and Ni), it is hypothesized that greater amounts of it will cause a greater inhibitory effect on the growth of both culturesIllustrated by a significantly lower growth rate of yeast cells at higher concentrations of Copper (II) Chloride.

The growth mediums for the S. cerevisiae and R. rubra colonies were prepared in 24 flasks, with 12 flasks for each of the two yeasts. Copper (II) Chloride was added to each flask to create four concentrations of copper chloride (0.0 mM, 0.2mM, 0.4mM, and 0.6mM) with the 0.0mM flasks serving as the control. Three replications were done for each treatment/control, with one replication being one sample colony per flask. After centrifugation and resuspension of the 24 samples, the absorbance was measured for each treatment and the number of cells was calculated. The remaining contents of the flasks were left on a shaker to grow for 24 hours. Samples were obtained again after 48 hours for centrifugation, measuring absorbance, and calculating cell count. The percent yield was then calculated from the cell counts in each treatment for both days.

It may be that copper has little effect on R. rubra’s growth, let alone any inhibitory effect. It may also be that the methodology of this experiment is on a scale so small that any minor alteration in the protocol would lead to significant differences in the results. Similar research has been done but on a relatively larger scale, for example, by using concentrations of 50 uM instead of 0.6uM, which was the highest concentration used for this experiment (Toth et al. 2008). Thus, with such small concentrations and samples, it may be unclear as to whether or not copper chloride has any effect on these yeast growths, particularly on R. rubra. However this odd growth pattern exhibited by R. rubra may be explained by the strong capacity it was found to have for sorbing and accumulating copper and zinc (Kasatkina et al. 2004).

These findings are useful for copper waste removal in the environment. R. rubra was found to resist the effects of copper chloride and managed to thrive while S. cerevisiae growth was noticeably inhibited, thus making it clear that R. rubra is a better candidate for copper removal. Although further trials are needed to determine the affinity R. rubra has to heavy metals, in this experiment, the hypothesis was supported only by S. cerevisiae