Historically, honey has been used by humans to treat a variety of ailments through topical application, but only recently have the antiseptic and antibacterial properties of honey been chemically explained. Hydrogen peroxide is formed in a slow-release manner by the enzyme glucose oxidase present in honey. It becomes active only when honey is diluted, requires oxygen; Also, the antioxidant constituents in honey help clean up oxygen free radicals present. 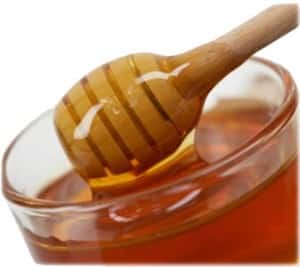 Gram negative
Appearance after stain: pink to red
Structure: In gram negative bacteria the peptidoglycan layer is thinner and is located between space of the outer and inner cytoplasmic membrane (LPS covering it); hence the purple die is not taken up by peptidoglycan. Cell wall contains LPS which make them virulent

Only 10 percent of all Manuka Honey is claimed to have antibacterial properties because of its non-hydrogen peroxide antibacterial content which is known as NPA (Non-Peroxide Activity) Manuka honey.