*Water is the ONLY substance on Earth to commonly exist in all 3 states of matter!

*You can feel water vapor as humidity in the air! The more humid the air feels, the more water vapor there is!

*When water changes forms, heat energy is either absorbed or released!

–Heat is absorbed during:

*This is why you feel cold after getting out of the swimming pool! The water is evaporating off of your body, taking your body heat with it!

–Heat is released during:

Specific humidity: the actual amount of water vapor in the air at a given time and place 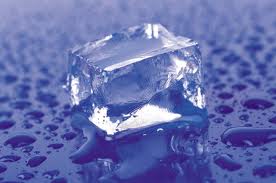 -Depends on the temperature of the air!

*The warmer the air, the more water vapor it can hold!

-When air is saturated, it can not hold any more water vapor!

*The rate of evaporation = the rate of condensation! (However much goes in, an equal amount must come out!)

Relative Humidity: how near the air is to its maximum capacity for holding water

–How do we figure out relative humidity?

*Example: If air holds 11g/kg of water vapor and it can hold at most 22 g/kg, what is the air’s relative humidity?

*Example: If the air in this classroom contains 10g/kg of water vapor, but at most could contain 30g/kg, what is the air’s relative humidity?

Psychrometer: an instrument used to measure humidity that works on the principle that evaporation causes cooling

-Compares the temperature readings of 2 thermometers.

-One thermometer has a water-soaked wick wrapped around its bulb.  As water evaporates from this wet wick, it cools the bulb and lowers the thermometer’s temp.

READ:
What is Humidity? Water in the Air!

–More humid air = less evaporation = less of a difference between temps. of the two thermometers

*We can determine relative humidity using a psychrometer and a table like the one on!

*As the air cools (such as at night, or as it rises into the atmosphere), it can’t hold as much water vapor!

-If the air continues to cool past the point of saturation, condensation occurs.

*Example: Water droplets condense and form fog or a cloud; Water may condense on a surface and form dew

-The temperature at which saturation occurs and condensation begins is

Precipitation: any form of water that falls from a cloud to Earth’s surface

Where does Precipitation Occur?

*Precipitation occurs in EVERY part of the world!

*Main cause of precipitation: The rising and cooling of moist air.

-The warmer the air is, the more moisture it can contain!

-The higher the air rises, the more precipitation it can release!

–So, which areas will have the most precipitation?  Areas where there is warm, moist air that rises high up!

-Examples: Areas near the equator; Areas where moist air blows over a mountain range (the windward side)

–So, which areas will have the least precipitation?  Areas where the air sinks and warms!

-Examples: High pressure areas 30° N and S of the equator; the polar regions; the downwind (leeward) side of a mountain range