1. Legitimate Authority – Only those of legitimate authority may justly lead its country into war. This tenet disqualifies revolutionaries, radicals and/or subversives who seek to justly initiate war.  War is to be the decisions of the head of state and is to be subject to their guidance.

2. Just Cause – A just conflict may not be initiated void of just cause.  This tenet disallows justifying war for the purpose of economic gain, land acquisition, or strategic position.  If war is to be justly initiated just because, usually humanitarian, must first exist.

3. Right Intention -This relates to the tenet of just cause.  Just cause must be followed by right intention.  It would be unjust seek a goal devoid of the just cause.

5. Chance of Success – War must be initiated with a chance of success.  It would be unjust to lead people into a war they have no chance of 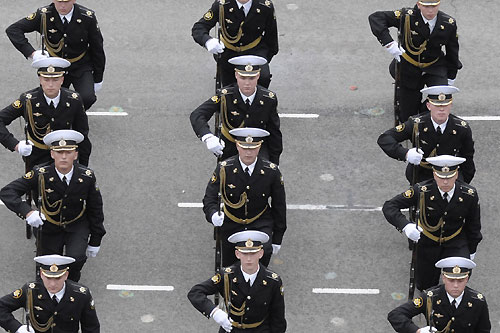 winning.  It would more just to bow to superiority and fight another day than to commit to a policy of suicide.

6. Last Resort – This is probably the most important of the jus ad bellum tenets.  War should be the last resort.  Every diplomatic effort should be made to achieve a just cause without conflict.  Only after all non-conflictory options have been exhausted should war be committed to.

The second co-part of the two co-parts that constitute the Just War Doctrine is jus in bello or justices in war. Jus in bello mandates that the following tenets must be adhered to for justice in war to exist: proportionality, moral means, purposeful deprivation of life.

1. Proportionality – This tenet of proportionality eliminates overkill as a just means in war. Allegorically speaking, this tenet says its unjust to use an H-bomb where a bayonet will suffice.

3. No Deprivation of Life Without Cause – Under jus in bello it is unjust to kill when it can be avoided.