Tinkering with Eden by Kim Todd was more history-oriented than biology-oriented but interesting and educational nonetheless.  Ms. Todd received a Bachelor’s Degree from Yale University and went on to receive her Master’s Degree from the University of Montana.  She remains living in Montana today.  Giving the background of how various outlandish species found their way to America and then set up their niches, the author strolled through creature after creature from the disgustingly creepy sea lamprey to those cute little monkeys humans always wish to have as pets.  Giving a more-than-sufficient story for each animal throughout the book, Ms. Todd focuses on how each living thing appeared in America and how its existence in this part of the world has made a difference to the landscape in which it commonly appears.

Starting with the emergence of pigeons, the author describes what is visible today—hungry pigeons pecking around for food

anywhere and everywhere it’s available.  Ms. Todd discusses their colors and how pigeons in certain areas have evolved over time.  She attributes their American arrival and specific traits to a span of time in the early 1600s when travelers brought these amusing birds to the States.  For years, these birds had been bred as a symbol of loftiness and if a person was wealthy and heralded in society, they would own a pigeon house.  Pigeons were not allowed to be killed in that time period because they were so important.  These same birds three centuries later are simply known as a nuisance.  They dirty places like Venice, Italy and New York City.  Currently, projects in cities such as those are attempting to raise awareness that these birds are part of our rich history and humans should learn to live alongside them.

The next segment described the influence of honeybees within the Virginia Company in the seventeenth century.  Including much of the history of John Smith and Pocahontas, the author noted the extreme interest that the colonists had in the honeybee.  Since its natural honey seemed so easy to make and then use to spawn growth in the economy, new citizens jumped at the opportunity.  At this point in history, a realization was made that some of these exotic new creatures seemed magical and that they could even give humans something to be jealous of.  They are not selfish, yet they are very organized and they know their role.  From this point on, honey was looked at as if it was gold and the world and economy began to grow much more rapidly because of it.

Ms. Todd also focused on the influx of insects such as the dreadful mosquito in Hawaii that would attack twilight slumbers or those lovely silkworms that one man believed could jump-start the silk industry where he could reap the benefits.  Leopold Trouvelot in 1868 decided that it was possible to produce a better silkworm than what nature had already provided.  His plan was to cross European gypsy moth eggs with a similar American species.  One day a few of the moths escaped and before long, an infestation occurred and silkworms were spread.  Before long, people were urged to breed their own silkworms and could buy land at a discounted price if they agreed to keep a silkworm farm.  Trouvelot was thrilled because there were so many being produced—“In their season I used to gather them literally by the quart before going to work in the morning.”  Vedalia ladybugs also persisted during the nineteenth century.  Entomologist Benjamin Walsh was stumped around the time of their arrival because they were not traditional and he knew nothing of him.  This challenge was hard for him to accept because he had not come across many nonnative species of insects in his day.  They became more common, these striped ladybugs, and America has been living with them ever since.

The most compelling story recounted in this book was the story of the man named Eugene Schieffelin who enjoyed the works of Shakespeare thoroughly and desired to make Shakespeare’s legacy even more encumbered in America.  He took eight starlings that were freshly sent over from Europe and released them in Central Park.  This was the time when Coney Island was becoming popular for its abundance of circus-like enticements and Chicago, not so far away, was attempting to raise enough funds to begin a World’s Fair.  Scheiffelin took those eight birds, which Shakespeare had mentioned in his plays, and released them in order to draw attention to the beauty and flow of poetry.  Many people assumed the worst and considered him a lunatic, but his actions proved nothing but admiration for true beauty in the form of literature.  Compelling acts like this are what helped America’s wildlife become so diverse.  If each person was to have a revolutionary idea and a desire to make a difference like Scheiffelin did, imagine the possibilities.

Referring back to the arrival of monkeys here in America, Tarzan may not be immediately dismissed as the cause.  That’s what many people blamed this influx on.  In the early twentieth century down in Florida, the first Tarzan film was set to be made and as various creatures were brought in to film the movie, monkeys began to populate the land but the truth is that they were around all along.  The real story behind America’s monkey population lies within the amusement of tourists in Florida when a man named Colonel Tooey wanted to import them to spice up activity on his Jungle Cruise attraction.  Many people had had the same idea to bring these creatures into Florida because of the landscape and dense areas of forest.  It was a perfect place to bring up such an exotic animal and the tourists were impressed and captivated by what they saw.  Tooey was a genius for his contribution to the growth of this alien species in this country.

The one major failure in bringing exotic species to America was the kangaroo.  Its inability to adapt to one or more elements of this environment keeps the kangaroo from existing in America.  The author quotes a cattle breeder originally from Scotland in saying, “What the West needed was a new large ruminant to take its place.  A beast to graze, to convert all that grass to cash, to offer amusement in those long prairie days.  The kangaroo would be perfect.”  There is no real explanation for why we cannot bring up these animals—maybe it’s simply because when the time was right, there wasn’t enough money to import them.  Or maybe there was a deeper cause.  Either way, Ms. Todd called this mistake “a quirk of fate” that must be accepted.

Overall, this book was thorough in nature and it has made an impact on me in understanding how a biologist views the world and analyzes various situations.  Although the nature of creatures appearing in America is necessary to know in order to understand the world and how we are all connected, it was something that I had never really considered.  I know that every time a mosquito appears, I go after it but I never stopped to think of the journey its ancestors took from Hawaii into the mainland to become one of the most well-known pests of our time.  I also never took the time to examine why Venice seemed so dirty last summer upon my visit—all I noticed was that the town was bathed in the filth of pigeons and what they actually symbolized once upon a time is nearly unfathomable.  It is very easy to simply assume that throughout time, all animals just appeared here and have evolved.  I never would have thought that monkeys basically did not exist to this part of the world until the early 1900’s in this country.

All of these ideas relate to my train of thought at one point in time and prove relevant to my life.  It most definitely proved useful in helping me understand the history of this world I live in and the wildlife around me but it did not spawn any desire for me to pursue a career in the field.  It was definitely fascinating material, but my true calling is elsewhere.  I am sure this knowledge may help me out in the future.  I really liked the individual description that the author used in making this story come to life.  She was able to clarify and pinpoint interesting stories about the appearance of certain animals and also describe with enough detail each situation involving people and their actions.  My favorite tale was Schieffelin’s work in releasing the Shakespearean starlings in Central Park.  His idea just seemed so magical and original that it is inspiring.  The only thing I really disliked about this book was the section about the sea lamprey and its viciousness simply because of the animal itself.  With sharp teeth and a slithering nature, I got a chill down my back.

This book slightly enhanced my interest in biology just because it opened a new door in my imagination.  It brought to light various subjects that I had never taken the time to ponder.  Biology is not simply a hard subject that I cannot grasp—it is made up of so many elements such as this that contribute to an overall science.  I must say I am more open-minded after having examined this book so carefully and becoming more educated on a subject I knew hardly anything about.  This fact leads me to believe that I would not hesitate in recommending the book to others simply because of the clarity it offered and the new explorations I was able to take in my mind after learning the way the Americas have grasped the entrance of exotic species into their environment.  We have been enriched by these colorful creatures and our expanding is never limited as long as this worldwide expedition continues. 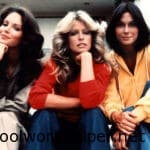 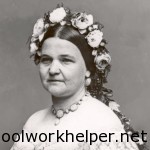 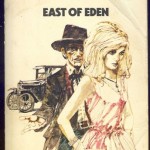 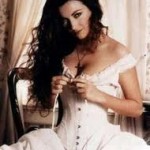 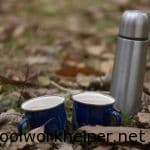