Leonhard Euler, (born April 15, 1707, died Sept. 18, 1783), was the most prolific mathematician in history. His 866 books and articles represent about one third of the entire body of research on mathematics, theoretical physics, and engineering mechanics published between 1726 and 1800. In pure mathematics, he integrated Leibniz’s differential calculus and Newton’s method of fluxions into mathematical analysis; refined the notion of a function; made common many mathematical notations, including e, i, the pi symbol, and the sigma symbol; and laid the foundation for the theory of special functions, introducing the beta and gamma transcendal functions. He also worked on the origins of the calculus of variations, but withheld his work in deference to J. L. Lagrange. He was a pioneer in the field of topology and made number theory into a science, stating the prime number theorem and the law of biquadratic reciprocity. In physics he articulated Newtonian dynamics and laid the foundation of analytical mechanics, especially in his Theory of the Motions of Rigid Bodies (1765). Like his teacher Johann Bernoulli, he elaborated continuum mechanics, but he also set forth the kinetic theory of gases with the molecular model. With Alexis Clairaut he studied lunar theory. He also did fundamental research on elasticity, acoustics, the wave theory of light, and the hydromechanics of ships.

Euler was born in Basel, Switzerland. His father, a pastor, wanted his son to follow in his footsteps and sent him to the University of Basel to 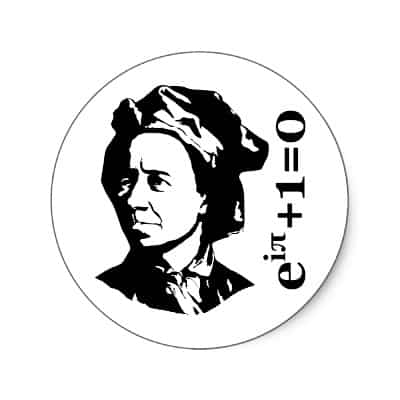 prepare for the ministry, but geometry soon became his favorite subject. Through the intercession of Bernoulli, Euler obtained his father’s consent to change his major to mathematics. After failing to obtain a physics position at Basel in 1726, he joined the St. Petersburg Academy of Science in 1727. When funds were withheld from the academy, he served as a medical lieutenant in the Russian navy from 1727 to 1730. In St. Petersburg he boarded at the home of Bernoulli’s son Daniel. He became professor of physics at the academy in 1730 and professor of mathematics in 1733, when he married and left Bernoulli’s house. His reputation grew after the publication of many articles and his book Mechanica (1736-37), which extensively presented Newtonian dynamics in the form of mathematical analysis for the first time.

In 1741, Euler joined the Berlin Academy of Science, where he remained for 25 years. In 1744 he became director of the academy’s mathematics section. During his stay in Berlin, he wrote over 200 articles, three books on mathematical analysis, and a scientific popularization, Letters to a Princess of Germany (3 vols., 1768-72). In 1755 he was elected a foreign member of the Paris Academy of Science; during his career he received 12 of its prestigious biennial prizes.

In 1766, Euler returned to Russia, after Catherine the Great had made him a generous offer.  At the time, Euler had been having differences with Frederick the Great over academic freedom and other matters.  Frederick was greatly angered at his departure and invited Lagrange to replace him.  In Russia, Euler became almost entirely blind after a cataract operation, but was able to continue with his research and writing.  He had a phenomenal memory and was able to dictate treatises on optics, algebra, and lunar motion.  At his death in 1783, he left a vast backlog of articles.  The St.  Petersburg Academy continued to publish them for nearly 50 more years.