Throughout history marijuana has been used to serve various purposes in many different cultures. The purposes have changed over time to fit in with the current lifestyles. This pattern is also true in American history. The use of marijuana has adapted to the social climate of the time. Marijuana, whose scientific name is cannabis sativa, was mentioned in historical manuscripts as early as 2700 B. C. in China. (Grolier Electronic Encyclopedia, 1995). The cultivation of the marijuana plant began as far back as the Jamestown settlers, around 1611, who used hemp produced from the marijuana plant’s fibers to make rope and canvas. It was also used in making clothing because of its durability. These uses fit in with the social climate of the time, because the main focus was on survival rather than for psychoactive purposes. During the prohibition, marijuana was widely used because of the scarcity of alcohol. Prohibition was repealed after just thirteen years while the prohibition against marijuana lasted for more than seventy five years.

This double standard may have resulted from the wishes of those in power. Alcohol prohibition struck directly at tens of millions of Americans 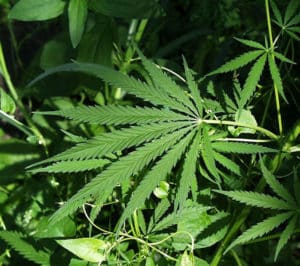 of all ages, including many of societies most powerful members. Marijuana prohibition threatened far fewer Americans, and they had relatively little influence in the districts of power. Only the prohibition of marijuana, which some sixty million Americans have violated since 1965 has come close to approximating the prohibition experience, but marijuana smokers consist mostly of young and relatively powerless Americans (American Heritage, pg 47). Alcohol prohibition was repealed and marijuana prohibition was retained, not because scientists had proved that alcohol was the less dangerous of the various psychoactive drugs, but because of the prejudices and preferences of most Americans (American Heritage, pg 47). In 1937 the government issued the Marijuana Tax Act, which levied a dollar an ounce tax on marijuana, coupled with fines of $2,000 for drug possession and jail sentences for evasion of the tax. For this reason marijuana use in the United States appears to have gone into decline in the late 30’s (Grolier Wellness Encyclopedia, pg 54). Then marijuana was outlawed in 1937 as a repressive measure against Mexican workers who crossed the border seeking jobs during the Depression. The specific reason given for the outlawing of the hemp plant was it’s supposed violent “effect on the degenerate races” (Schaffer, pg. 86). Beginning in the 60’s marijuana use saw a resurgence which may be attributed to many causes. One of the main causes was the rebellion of youth against the Vietnam War.

They used marijuana as an escape from war to peace. It was easy at this time to depict marijuana as a beneficial and completely harmless substance whose effects were far less harmful than those of legal drugs such as alcohol and nicotine because there was not enough scientific research done during the 60’s (Grolier Wellness Encyclopedia, pg 54). Another cause may have been the discovery of the psychoactive component of marijuana- tetrahydrocannabinol, commonly known as THC. Users found the relation between the doses and the effects (Grolier Electronic Publishing, 1995). The current atmosphere provides for doctors to suggest synthetic marijuana (THC) in a pure and standardized form by prescription (called Marinol) for the treatment of nausea associated with cancer chemotherapy.

Also, although there is no scientific evidence that shows marijuana is beneficial in the treatment of glaucoma, it may prevent the progression of visual loss. Marijuana, along with alcohol and a host of other substances, can actually lower intraocular eye pressure. The medication however, must be carefully tailored to the individual to prevent further eye damage. The evidence has clearly shown that marijuana has been around for a great deal of time and has served multiple purposes throughout history.