The term “modernism” designates a movement in art, literature and music, beginning in the 19thC and lasting into the 20thC, ending approximately with WW II. 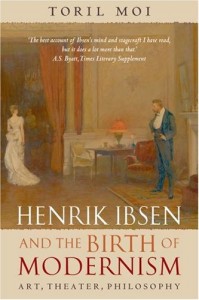 Art which is modernist may possess the following 12 characteristics:

Altieri, Charles.  “Modernism and Postmodernism.”  The New Princeton Encyclopedia of Poetry and