Nathaniel Hawthorne’s The House of the Seven Gables: Summary & Analysis

“The House of the Seven Gables” is a romantic novel set in a grand and rustic, old house with seven gables in New England town. The story opens with its history, beginning in the 1690’s, when witch-hunting was rampant. Afterwards, it revolves around the course of one summer in the 1850’s.

At his housewarming party, Colonel Pyncheon, the socially noted owner of the house was mysteriously found dead in one of the rooms. 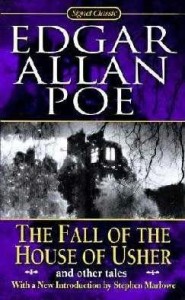 Although he was highly esteemed for his wealth and high position, legend has it that he usurped the land on which his house stood from a poor fellow named Matthew Maule. Maule was a nobody. Furthermore, he was rumored to be practicing witchcraft. For this, he was hanged and it was rumored that Pyncheon was responsible for it because he wanted the land for himself. However, his social prominence and Maule’s infamy allowed him to get away with the crime smoothly. Before Maule died though, cursed him saying, “God will give him blood to drink.”

For years, the Pyncheon-Maule dispute carried on. The long line of Pyncheons struggled to keep the land from their rivals. Though they succeeded in this, their greed became their own undoing. Alice Pyncheon dies because her father, Gervayse, allowed her to be hypnotized by a Maule also named Matthew, because he believed him when he said that he needed Alice’s mind to find a the hidden Pyncheon treasure. Clifford Pyncheon was another victim of the greed of his cousin Judge Jaffrey Pyncheon. He framed him and sent him to prison for killing their uncle so that he could have the Pyncheon fortune to himself.

However, after many years, the once talked-about mansion was eventually forgotten, and the story focuses on the time when Hepzibah Pyncheon, an old and lonely spinster inhabited it. She was often feared for the scowl on her face that was actually only the result of a chronic squint due to her poor eyesight. Proud and without talent for practical matters, she is a symbol of decaying aristocracy. She grieves for her beloved brother, Clifford, who was framed and imprisoned. She had a boarder named Holgrave. He is an attractive and imtellectual young man with modern views and notions. He preaches about social reform to Hepzibah and Phoebe.

When her money was running out, Hepzibah was forced to open little bakeshop in the front gable of the house and abandon her illusion of aristocracy. This only adds to her misery until her young niece, Phoebe, comes from the country to live with her in the house. Like a ray of sunshine, she lights up the house with her beauty, simplicity, and free-spiritedness

After 30 years in prison, Hepzibah’s brother, Clifford, is released and comes home to the house of seven gables. He has a love for beauty but the years of seclusion had drawn out the life from him and he became bitter and spiritless. Then he develops a special bond with Phoebe. Despite the complexity of his personality, she understood him.

A frequent visitor was Judge Jaffrey Pyncheon. He resembled his ancestor, the colonel physically and in his greed and pretentiousness as well. Yet, he pretends to be good-natured and amiable. He insists that Clifford possessed the knowledge about a hidden Pyncheon fortune. However, the truth of the matter is that Clifford has long since forgotten the secret.

One day, Judge Jaffrey comes again, looking for Clifford. He manages to force Hepzibah to let him see her brother and she goes up to fetch him. He is not in his room and when she comes back to tell the judge, she finds him dead. And Clifford is standing beside him. Afraid that he would be accused of murder again, Clifford flees, bringing Hepzibah along. In their absence, Holgrave and Phoebe fall in love.

Eventually, it was discovered that Jaffrey’s death was a result of a stroke, and everything is cleared and resolved. Clifford and Hepzibah return and Holgrave asks Phoebe to marry him. She agrees and he discloses that he is a descendant of Matthew Maule. The secret treasure turned out to be the deed of the territory, which was now useless. It was hidden inside a vault concealed by the painting of the colonel which hung on the wall of the house eversince it was built.

Hepzibah, Clifford, Phoebe, and Holgrave all decide to leave the house and live in the country, where they inherited an estate from Judge Jaffrey. And that was the end of the Pyncheon – Maule dispute.

The story presents us with several themes. Firstly, that the sins of the forefathers are passed on to the next generations, and they become branded for life. Although one cannot undo what have already been done, he can still strive to break the curse, and free himself from the spiral of sin. Secondly, man cannot live alone. Isolation can draw out life from a being. Clifford and Hepzibah who had been living n seclusion for many years had become bitter and lifeless, but when they were re-united and Phoebe came into their lives, they became alive again. Third, man should not be divided by social classes. Hawthorne was obviously against aristocracy for he preaches through Holgrave that wanting to be above the rest leads to isolation and division. Lastly, Hawthorne tells us not to be deceived by appearances. “Do not judge a book by its cover”, as it is commonly said. The judge’s beatific smile is as misleading as Hepzibah’s scowl.

The themes of the story present valuable lessons relevant even today. Hawthorne’s style of writing is very relaxed and personal. By using the present tense, one feels as if he were within the story as it unfolds before him. With this, one particularly feels the relevance of the irony of his novel today.

He plays up the novel by embellishing it with mischief like the disappearing skeleton hand and ghost who plays the harpsichord. He also filled with symbolism. For instance, the withered with odd markings symbolize the fading eminence and odd traits of the Pyncheon family. The organ grinder and the little figures in his box represent the concept of individualism — each figure, dancing to the same tune accomplish nothing. The image of the cracked porcelain vase hurled at the granite column represents Clifford, in all his frailty versus Jaffrey, to whom he does not stand a chance against. The house itself symbolizes the human heart. It may be stone-cold but when warmed with love (Phoebe), it will blossom.