Do you think equality is important to society? In my opinion, even in the current so-called civil society, the wish of equality between man and 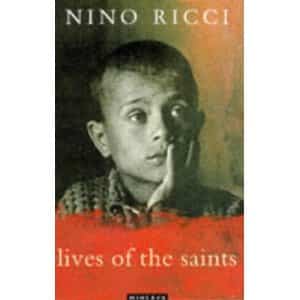 woman is hard to achieve. In China, domestic violence is still rife. So I’m not surprised when I read “Lives of the Saints” which was written by Nino Ricci. Cristina, who is narrator’s mother, is treated very cruelly and coldly by her husband. Thus, I disagree with male control. Firstly, a female’s physical may be harmed by male; secondly, male control also wounds their spirit.

Feminism is advocacy for women’s rights on the basis of the equality of the sexes. Speaking of human rights, the basic rights should be people protect themselves from injury. However, Cristina gets hurt by her husband when the narrator remembers, “I saw my father pick up something from the table…my mother bore a tiny scar” (Ricci 32). This indicates that Cristina is under male control and suffers physical damage. Her husband not only is irresponsible to kid and family, but also is rude and violent. However, Cristina just “recoil and her lips forming into scream or soundless horror as the object shattered against her cheek” (Ricci 32). The reason why Cristina suffers silently is women do not have rights at that time. Actually, their bodies do not belong to them. Men can do whatever they want. In my points of view, men are not upon women, and also women are not ‘inferior’ to men. They should struggle for their rights equal to men.

In ancient Chinese traditional ethics of gender, the female are always seen as an object under the rule of the male. They are accessories for men. Their minds are changed by men. I realized this when I read “though he had always been mean to my grandmother…still she had wailed as if no greater humiliation could have befallen her than his death” (Ricci 22). Vittorio’s grandmother is the victim of the outworn ideas in the patriarchal society. Although her husband maltreats her, she has resigned to this. On the contrary, when her husband dies, she does not know how to live by herself. In my mind, male control leads to develop the abnormal minds of women. When women are too compliant and become a habit, they will lose themselves.

To conclude, I think male control bring some negative effects to women.  On the one hand, man may be torturing women’s body when they are in the bad mood. However, women cannot struggle against men because may receive punishment from society. On the other hand, male control is harmful to women’s psychological. They are controlled by the men, and they also live depend on men. When their husband no longer controls them, they become perplexed instead of relax. The reason is women are not fully autonomous in patriarchal society. Due to the adverse effects, I believe that male control should be eliminated.