Nucleic acids are the storage form of all the genetic information required by a cell.

They also are the cell’s preferred energy molecule ATP as well as acting as being used as intermediate electron carrier molecules in cellular respiration in the form of NAD+ (nicotinamide adenine dinucleotide) and FAD (flavin adenine dinucleotide).  cAMP (cyclic adenosine monophosphate) is also a secondary messenger molecule in various hormone interactions.

DNA and RNA are both polymers made up of subunits called nucleotides. 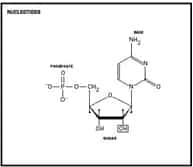 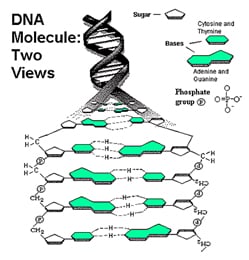