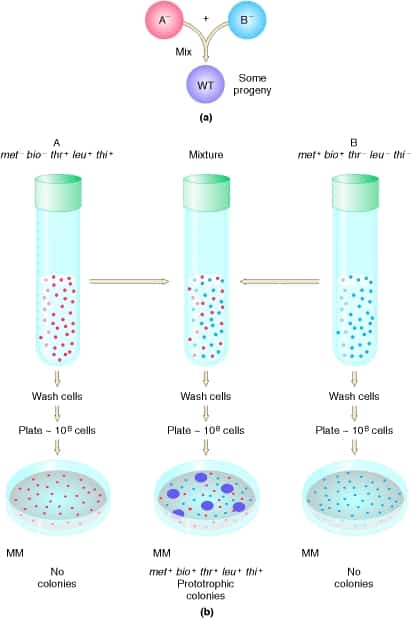 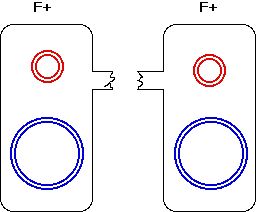 Bacteria takes up DNA that is released into the environment as other cell disintegrate. Linear fragments are taken up from disrupted virulent cells, recombine with chromosomal DNA of the nonvirulent cells. 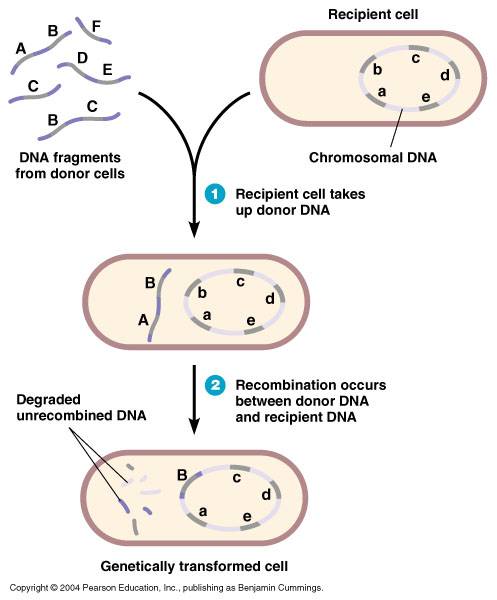 DNA transferred from donor to recipient cells inside the head of an infecting bacterial virus. Bacteriophage. While new phages are being made into cell, they sometimes incorporate fragments of the host cell DNA along with, or instead, of viral DNA. 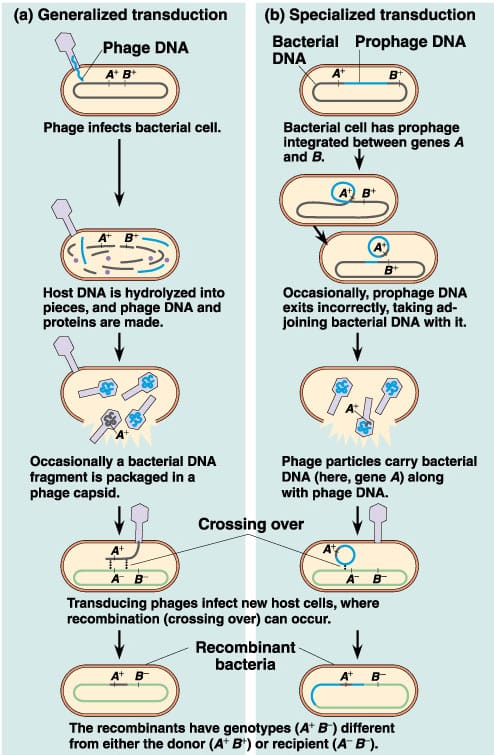 Recipient will receive bacterial DNA instead of viral DNA.

Generalized transduction: ALL donor genes are equally likely to be transferred

Specialized Transduction: only transfer genes lying close to the point of insertion of the prophage: phage that integrates into the host chromosomal DNA

At some point the viral DNA is excised from the bacterial chromosome. Becomes active and enter the lytic cycle. NOT precise; some of the bacterial DNA is carried out with the phage; it become defective and does not kill new cell it infects; just passes on DNA. 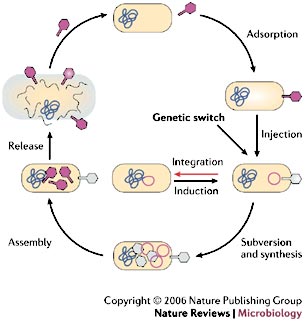