Canada flushes approx 200 billion liters of raw sewage directly into natural waterways every year, from the St Lawrence River to the Strait of Juan de Fuca and the Pacific Ocean. That is only six percent of the three trillion liters 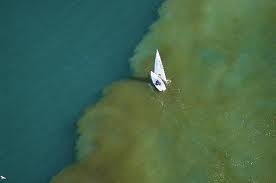 of sewage Canadians produce annually but it is still enough to fill more than forty thousands Olympic sized swimming pools. Pollution of the open seas by human activity has become a serious problem. Ocean dumping is the dumping or placing of materials in designated places in the ocean, often on the continental shelf. A wide range of materials involved include garbage, construction and demolition debris, sewage sludge and waste chemicals. In some cases, ocean dumping is regulated and controlled, while some dumping occurs randomly by ships and tankers at sea or illegally within coastal waters. Incineration at sea of organic wastes, with subsequent dumping, has been allowed as a viable disposal process, both in the United States and in Europe. Raw sewage dumping is an extremely overlooked issue within our society today which could bear severe long term impacts if precautions and solutions are not implemented to reduce it from now.

The sewage that is dumped into Canada’s waterways is called domestic sewage, which originates from household waste. Victoria is a major Canadian participant in polluting Canada’s waterways in our society today, and on an international level, Venice has had severe pollution issues with many of their rivers and waterways. These two examples, Victoria, British Colombia, and Venice, Italy have minimal, if any treatment being done to their sewage and continue, either due to ignorance or lack of funds to build sewage treatment facilities, and to dispose of that sewage into fresh waters, which contaminates them. This report will explain the effects and harms of sewage dumping as well as the impacts on both the national and international level.

The United States require all coastal cities to have secondary sewage treatment, which is the process of removing solids and other pollutants. Canada on the other hand, does not have national sewage standards. This means that the filtered water in homes, may have only received primary treatment, which only reduces solids through a settling process. This filtration process does not remove any of the chemicals that have also polluted the water, which raises serious health concerns for anyone using the water. Domestic sewage originates from homes; therefore many chemicals and toxins are dumped down the drains, and end up polluting the water. The lack of funds supplied by governments and municipalities is a major issue as many cities are unable to provide the necessary treatment for their contaminated water. For example, detergents from dishwaters or laundry machines that are released into the water can cause human liver and kidney damage if the water is not treated properly.

Not only does this form of water pollution affect the aquatic ecosystems, but it can also eventually end up in homes through ground water and rivers. These sewage waters can be highly contaminated by disease-causing bacteria, and may lead to several intestinal infections such as Giardiasis, Amoebic Dysentery, and Cholera, if ingested. Although these diseases are treatable, the treatment needed leads to other small problems in the future.

The Victoria capital Regional District pumps 120 million liters of raw sewage into the Strait of Juan de Fuca everyday. The sewage runs through a 6 mm screen, which only removes large solids, such as tampons and condoms. What remains are the toxic cleaners, solvents, medicines, and other contaminants that get flushed down sinks and toilets. It is then pumped through two outfall pipes, which run more than 60 meters deep, and a kilometer into the currents of the Strait of Juan de Fuca. Two of Victoria’s treatment plants continue discharging sewage receiving only primary treatment. Coastal areas have the lowest levels of treatment because as quoted by Christine Wilhelmson, Clean Air and Water program coordinator for the Georgia Straight Alliance, “they have the luxury of being able to dump where people don’t see it.”

From the National Sewage Report, “The only city in Canada that still discharges all of its raw sewage and has not taken steps to improve in a meaningful way is Victoria.” The National Sewage Report is responsible for grading the sewage treatment for 22 Canadian cities and from the same report we see the shocking statistic that Victoria continues to dump more than 34 billion liters of untreated sewage into the Strait of Juan de Fuca each year. Sewage dumping in Victoria has clearly been an ongoing problem, a problem which the government of Victoria appears too lazy and ignorant to make the change. The ignorance of the government of Victoria is shown by David Anderson, Victoria’s long time Member of Parliament, and former Canadian Environment Minister, as he ignores the substantial amounts of toxics in the sewage, and argues that the effluent is good fish food. Victoria’s ignorance towards making any changes with the methods they choose with regards to disposing their sewage is and will continue to affect the entire world if something is not done about it.

READ:
The Causes of World War I

On an international level, Venice, Italy has become victim to heavy pollutants in their water systems. The canals throughout Venice serve the purpose of transportation and sewer systems, with farming, manufacturing plants and large ships adding to the growing list of polluters in the area. The Venice Lagoon is a very important landmark, with Venice being a world heritage site. The Venice Lagoon has struggled with pollution and rising sea levels for years. Every year, along with a campaign funded with the Venetian authorities to dissuade the city’s 12 million annual visitors to take it easy on the islands 70,000 residents, Greenpeace activists also give tours to the polluted areas of the lagoon.

For many years, claims that a petrochemical plant at Porto Marghera have been accused of polluting the lagoon. In addition, Greenpeace also claims that mussels, crabs and oysters poisoned from the carcinogenic pollutants in the lagoon are illegally gathered in the dark of night and sold to nearby restaurants in the city, but Venetian authorities quickly shot down the accusations. Agricultural runoff is also a active contributor the pollution of the lagoon. Every time it rains, chemicals are washed into the lagoon, creating a thick layer of algae that clogs the lagoon during the summer months. This is a serious problem in dead areas of the lagoon called laguna morta, which are parts of the lagoon that are not washed out by the tides of the Adriatic Sea.

With the evidence and facts provided throughout this report, it is evident that sewage dumping raises several health and environmental concerns. As a result of lack of provincial government support, several coastal areas, with Victoria, British Columbia being an example, are unable to make any progress in the ongoing fight against pollution and improving the quality of their waste water. World landmarks such as Venice, known for its elegant lagoons that intertwine through the city, are now becoming tainted with a reputation of having dirty polluted waters. In addition to lack of government support, the lack of effort delivered from the cities themselves is a main contribution of the pollution of Canada’s waterways. Venice does seem to be making efforts towards raising public awareness, but Victoria is showing no signs of introducing any programs or organizations to make an effort in supporting the reduction and eventual termination of sewage dumping in the area. Protecting Canada and the world in general’s fresh waters should be a major priority to everyone, and it’s disappointing to see Canada’s lack of knowledge towards the matter as they continue to perform the act of sewage dumping each day.