A literal “age old” argument that has sparked intelligent conversation since the BC era is still as potent as ever in Sophocles’ Greek tragedy, Antigone. Since the play’s origin, there has always been a toss-up as to who the true tragic hero, or protagonist, is. A popular misconception is that the character Antigone must be the protagonist due to her direct name being the title. Sophocles intends the play to highlight Antigone and her soon to be fatal clash with her newly crowned uncle, Creon.  Hence, the basic title, Antigone. Analytically speaking, however, Creon does seem to more categorically fit the title of “Tragic Hero.” There is no doubt as to the nature of the work, that being tragedy. Along with this genre comes certain established prerequisites and Creon is the only character that satisfactorily fits them all.

There are certain qualities that a character must possess in order to qualify as a tragic hero. Ideally, the subject is to be a person of high rank, so 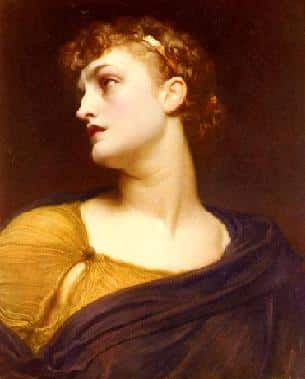 that they may have much to lose. (Most frequently a monarch or patriarch is used.) Granted, Antigone is a member of the royal bloodline. But we must not forget that she is the daughter of incest, hardly a glamorous position to start with. In Oedipus Rex, Antigone was indirectly disgraced, while Creon was socially elevated by inheriting kingship from Oedipus. Also, Creon’s being king comparatively trumps Antigone’s lesser status of orphaned princess. While this in itself objectively proves nothing, it does at a minimum make Creon the more likely choice of protagonist.

Another essential component of a tragic hero is that of the tragic flaw, the one attribute that causes the inevitable downfall of the character. A case could be made for Antigone’s hamartia being stubbornness. She is called stubbornly wild in the play by both Creon: “This girl was an old hand at insolence” (1280) and by the chorus leader:  “She hasn’t learned to bend before adversity.” (1279). Yet the judgment of critics shouldn’t be taken for absolute truth. Looking at her actions and personality impartially tells a bit of a different story. A trademark of the stubborn personality type is not merely to argue in the face of antagonism, but to maintain legitimacy even after being proven incorrect. There is no evidence to support that Antigone would act in such a manner, were she proven wrong. In fact, everyone except the king reinforces her righteousness. Haemon, the chorus, Ismene, the gods, and Tiresias all agree that Antigone has justice on her side, and deserves no punishment. Thus, she is cleared of having any real character deficiency. She does the right thing, and for the right reasons. Creon, on the other hand, possesses that much-loved classic flaw: hubris, as Sophocles says. Creon’s pride clouds his judgment and blocks out the good sense of Haemon and Tiresias, two sources that even the king should know have no ulterior angles. Arrogance is often an offshoot of personal insecurity. Being a new king, Creon felt he had to prove himself as an authoritarian, and decided to make an example out of Antigone’s insurrection. He has made a hasty, erroneous decision, and, even though he’s coming to see that it was a mistake, he refuses time after time to back down, so that when he finally does, it’s too late. As a result, he winds up losing his only remaining son, his wife, and probably the respect of the people he rules. This poor judgment, dictated by ego, was destined to ruin Creon from the outset.

Tragedies always end with an ironic reversal of fortunes, leaving the unfortunate exalted and the respected belittled. Since the tragic hero starts out with everything, he or she must end up with nothing. By the end of Antigone, Creon has lost his family, his kingdom, and his will to live, but is doomed to live on with the knowledge that he is the sole cause of all his pain. Antigone does in fact lose her life, but she does so with honor. From the beginning, Antigone was clearly seeking execution: “Even if I die in the act, that death will be a glory” (1269). Antigone has gained the good graces of the people and the gods. The audience does not pity her because she has accomplished the burial of her brother, and she can now rest beside him.

The final element of the tragic hero of a Greek drama is the realization of faults and bad choices. Antigone had no such epiphany, simply because she did no wrong. Antigone needs no redemption because she has committed no great misdeed. Creon, however, comes to see his grave mistakes after he has fallen from grace. Creon repents, and is even brought to the verge of suicide. Like all tragic heroes, he can only realize his vice once everything has been taken away from him.

So who was meant to be the lead character of Antigone? Antigone. So who is the lead character of Antigone? Creon. Somewhere along the line, Sophocles found a more complex story in the insecure king than in the defiant noblewoman. Using Aristotle’s outline of Greek tragedy (which ironically was primarily based on Sophocles), Creon is the only character who meets the criteria. Creon started from the highest position, suffered the greatest net losses, and possessed the only inarguable flaw. Titles aside, the literary content speaks for itself.

Goheen, Robert F. The Imagery of Sophocles’ Antigone: A Study of Poetic Language and

Knox, Bernard M. W. “Ancient Greece and the Formation of the Western Mind.” The Norton