Summary of the Battle of the Atlantic (WWII)

The Battle of Atlantic lasted as long as WWII itself, 1939-1945, however, it was most significant from mid-1940 to the end of 1943. To survive the war against Hitler’s forces, Britain needed imports of food, fuel and raw materials from overseas. America provided Britain with the only tools needed for its success as Britain’s successful defence ensured that there was a base for Western Allies to launch a strategic air offense or a land invasion of the Europe mainland to defeat Germany.

o   From Halifax convoys of ships were sent out to head across the Atlantic to Europe.

o   Corvettes, small warships of less than 1000 tons, helped to plug the gaps in the Royal Navy’s escort capability and Allied occupation of Iceland gave Britain some valuable Atlantic bases 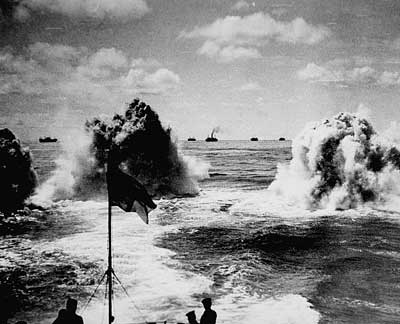 o   Mass production of Liberty ships in US shipyards, helped to ensure that the Allies would win this race

o   Knew where U-boats were patrolling and thus, British able to move convoys in safe areas away from wolfpacks