“One of the world’s best known advocates of non-violent social change strategies, Martin Luther King, Jr. synthesized ideas drawn from many different cultural traditions.” (Carson 1). However, these protest strategies only furthered racial segregation, resulting in the eventual death of King.

Michael King, who was later known as Martin Luther King, Jr. was born January 15, 1929, at 501 Auburn Avenue in Atlanta, Georgia. 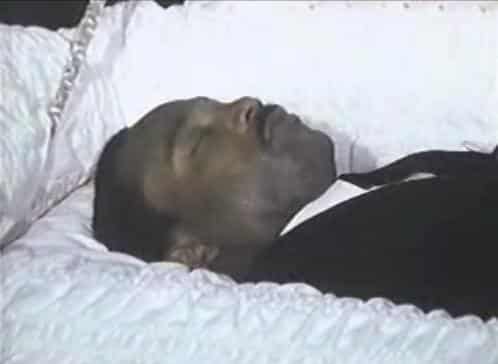 His roots were in the African-American Baptist church. After his junior year at Morehouse College, Benjamin Mays influenced him to become a minister, the president of Morehouse College. (Smith 1). He studied theologies at Crozer Theological Seminary in Chester, Pennsylvania, and at Boston University, where he earned a doctorate in systematic theologies in 1955. (Carson 1). While he was completing his Ph. D. requirements, Martin Luther King, Jr. decided to return to the south. He became the pastor of Dextor Avenue Baptist Church in Montgomery, Alabama. (Smith 2).

On charges of conspiracy, Martin Luther King, they bombed Jr.’s house, and they arrested him along with other boycott leaders. (Mark 3). Despite these actions taken against the boycott, Montgomery buses were desegregated in December of 1956. The Supreme Court had declared Alabama’s laws of segregation unconstitutional.

During 1957, Martin Luther King, Jr. and other African-American ministers established the Southern Christian Leadership Conference (SCLC). As president of the organization, King emphasized the importance of African-American voting rights. (Phillips 5). King published his first book, Stride Toward Freedom: The Montgomery Story. In 1959, he toured India to increase his knowledge and understanding of Gandhian non-violent strategies. By the end of that year, King relinquished the pastorate of Dextor, and returned to Atlanta, where the Southern Christian Leadership Conference headquarters was located. (Carson 2).

Martin Luther King, Jr. did not arrange any mass protest activities during the first five years to follow the Montgomery bus boycott. While King was cautious, southern, African-American college students took the initiative, launching many sit-in protests during the winter and spring of 1960. (Itory 3).  Conflicts between Martin Luther King, Jr. and the younger protestors were evident when the Southern Christian Leadership Conference assisted the Albany Movement’s campaign both of mass protest during December of 1961 and during the summer of 1962. (Phillips 2).

In 1963 Martin Luther King, Jr. and his staff guided mass demonstrations in Birmingham, Alabama, where local, white police officials were known for their anti-black attitudes. President Kennedy reacted to the protests by submitting civil rights legislation to Congress, which passed the Civil Rights Act of 1963. (Mark 5). In 1963 he delivered his famous “I Have a Dream” speech on the steps of the Lincoln Memorial, attracting 250,000 protestors. (Phillips 4).

In 1966, while participating in a march, he encountered strong criticism from Stokely Carmichael. Shortly afterwards white counter protestors stabbed him in the Chicago area. Despite these conflicts, King still used non-violent protesting techniques. (Phillips 5).

Martin Luther King, Jr.’s effectiveness was not only limited by divisions among African-Americans, but by national political leaders. As urban racial violence escalated in the south, and King criticized American intervention in the Vietnam War, King lost the support of many white liberals. His relations with the Lyndon Johnson administration were at a low point when Martin Luther King, Jr. was assassinated on April 4, 1968, while seeking to assist a garbage worker’s strike in Memphis. (Itory 5). 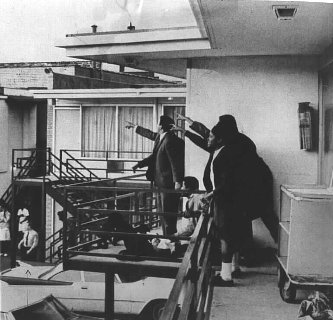 Martin Luther King, Jr. was a man who believed that all people were created equally. His methods were unconventional; his beliefs were insurgent.