The Diviners: How does Morag’s Past Influence Pique’s life

Pique is the inheritor of French-Indian and Scottish-Canadian roots. She is raised her mother in Canada and England. However, her growth is affected by Morag’s life style and Morag’s past life. There are three events in Morag’s past that affect Pique’s life. Morag moves away from Christie when she goes to college and she rarely comes back to Manawake,

“Going to Winnipeg this fall. To college. And I’m never coming back.” She does not seem care for her stepparents. In certain respects the parent-child relationship between Morag and Pique resembles the one between Christie, the Scavenger, 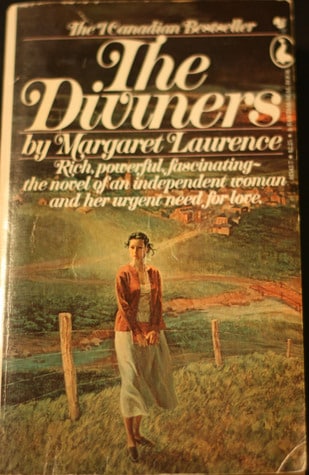 And both, in different ways, attempt to deny their parents. At one point, Pique, having run away from home, ends up in a mental hospital in Toronto after “a bad trip”, “Can’t you see I despair you? Can’t you see I want you to go away? You aren’t my mother. I haven’t got a mother.” (P.111)

READ:
Music of the Renaissance

Furthermore, Morag does not get married with Jules. When her husband is Brooke Skelton, she has a sexual relationship with Jules and gets pregnant. Later, Pique is aware that Jules is her father. Pique has an idea about why she is different from the others because a typical family should have a mother and a father, but she comes from a single parent family. When Pique first meets her father she is at about five years old. Jules sings a song to Pique which she finds fascinating and meaningful to her. Pique, at 18, is more mature than her mother at the same age. She loves her father very much and wants to live with him, however, Morag does not approve that Pique should stay with Jules,

“Why did you have me?” “For your own satisfaction, yes. You never thought of him or of me.”

We are aware that Pique needs care and love from both of her parents because Morag cannot fulfill Pique’s desire. She runs away in search of what she thinks she is missing all along, which she, herself is not sure what it is.

Later on, she dates Dan McRaith, who is a husband of Bridie. They have a abnormal friendship between them. As we know Dan Scranton and Gord are boyfriends of Pique. It is coincidental with Morag’s boyfriend first name is also Dan. These two individuals occur in Morag and Pique’s life as their names are the same. We do not know whether Pique has the intention to be a girlfriend of Dan Scranton? However, we can deduce that Pique is doing the same things as Morag’s past.

In conclusion, Pique is made up of the conflicts of her parents with their separate origins and cultures. She remains mysterious to Morag and she is closer in her heritage to Jules. Like both parents, she has no feeling of belonging to any particular group of people. She is divided by her parents because of her mixed blood. Pique’s dilemma shows that her problem is not simple, nor is it a solution: “what really happened”, she does not belong because she has not yet found her own individual place.