The Tale of Two Cities: Themes

The Tale of Two Cities has many assorted themes. The themes are interconnected with each other.  Theme plays a big part in the plot a book.  The opinions formed by the audience, of the characters, are also affected by the themes in a book.  Three themes in this book are sacrifice, love 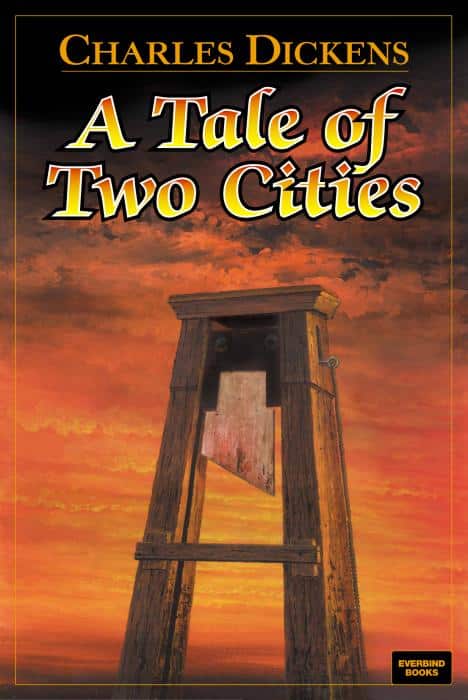 Sacrifice shows up in the book many times.  Sacrifice is giving up something that is a part of your life that you do not really want to give up.  The greatest sacrifice in the book is Carton’s death.  He sacrifices his life for his love for Lucie Manette.  Sydney Carton met his death with great dignity.  In fulfilling his old promise to Lucie, Carton attains peace; those watching see “The peacefullest man’s face ever beheld”(366) at the guillotine.  Charles Darnay gives up his estate in France, for the idea of working in England.  His decision to become a teacher put him in a conflict with his uncle, the Marquis St. Evremonde.  Miss Pross lost her hearing when she tried to stop Madame Defarge from killing Lucie and her family.  Miss Pross was the loyal servant for Lucie.  She showed her loving devotion to Lucie by fighting off Madame Defarge.

Death plays a tremendous part of this book.  Death in this book shows up in many different ways by accidents, murders, and even the death penalty.  The death of the peasant boy was a total accident.  The boy was hit by Monsigneur the Marquis’ horse carriage when the boy was trying to cross the road.  This incident caused the murder of Monsigneur the Marquis.  Monsigneur the Marquis was killed by the peasant boy’s father later on.  The boy’s father killed Monsigneur the Marquis because he did not try to help the boy out at all.  He just went on as nothing had happened.  The death of Madame Defarge was an accident for the reason she was shot by her own gun in a struggle with Miss Pross.  Madame Defarge was trying to kill Lucie and her family when she was found out, and then she shot herself by accident.  The death of Sydney Carton was caused by his love for Lucie. Charles Darnay was tried for treason and was sentenced to die by the guillotine.  Charles was married to Lucie.  Sydney pronouncing his love for Lucie died in the place of Charles.

Sydney did this so Lucie would be happy with Charles for the rest of her life. All these themes are interconnected in one way or another.  They all end up to be talking about the same people and the actions they took to make something happen the way they want it too.  The themes above are a couple of the major themes in this book by Charles Dickens.  The theme of sacrifice in this book shows the audience it is sometimes all right to give up something means something to them.  The theme of love and hate gives the audience a real look at life and how love and hate effects the life of a person.  The theme of death is a theme of many books, because it happens to everybody no matter how hard they try to stop it from happening.

monsieur defarge wasnt killed, and he isnt the one who ran over the little boy. that was monsigneur the marquis. and madame defarge didnt get shot there were no guns involved she got knocked out by ms.pross but didnt die.