Types and Arguments of Euthanasia

Margret Sumerville defines Euthanasia– Euthanasia is a deliberate act that causes death undertaken by one person with the primary intention of ending the life of another person, in order to relieve that persons suffering. 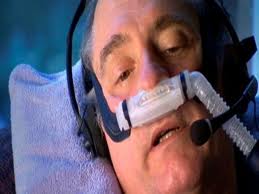 specific ex. That certain life-saving measures are not taken or actively killed by other means.

-Someone may want to make this request because they are in intolerable pain, with no hope of relief. Losing his or her physical or mental abilities, such as MS or Alzheimer’s. Not wanting to undergo other invasive treatments.

-Assisting someone to commit suicide is a prison term

-family members take their dying loved ones to Switzerland where it is legal to have assisted suicide. Does helping someone get to a clinic in another country mean assisted suicide?

-it is the patients wish

-Patient is suffering, but due to their condition, cannot direct how they should be treated

-these situations rise when person is mentally incapacitated, usually from illness, or in a coma

-These cases are difficult because it has to be determined what the patient would want, but without being able to ask them. Not voluntary but not against their wishes

-The third category of euthanasia is the most controversial

-People are afraid that involuntary euthanasia could become widespread

– People fear this would happen if euthanasia were legalized

-Somerville argues that killing patients goes against medicines fundamental values’ that medicine values life, healing and so on

-She argues we have to be careful of protecting society’s moral values, including the idea of killing. Allowing physicians to kill will erode these values

Argument 3: The sanctity of life argument

-If human life is valuable in itself, it is valuable period-not just if the person is living a healthy life. We think killing is almost always wrong life is precious

Argument 4: the errors in medicine argument

-What if a person is euthanized, and the cure is found the next day? What if they come out of their comma after?

How do you know if something is valid?

if there is not contradiction with the premises then the argument is valid.

If there is contradiction between the premises then the argument is invalid.

if the argument is invalid it doesn’t mater if the premises are true.=

The first argument is if a person has the right to do what they want with their body, they have the right to ask someone else to do it for them.

The second argument stems from the principle of avoiding suffering.

It is the claim that if the only thing that can prevent a person’s further suffering is taking their life, then that can be permitted if that is what the person wants.

He argues that a right to life does not imply a duty to stay alive.

Fourth, the best interests argument. Nowell-Smith argues that if a person is choosing to die, then they have decided that for them, dying is better than staying alive.–>what they have decided is the choice for them

He argues that the person best able to know what is in their own best interests is the person themselves, and so they should decide.

These are the four main arguments in favour of euthanasia:

First, control over one’s own body

Third, the right to life implies a right to end one’s life > Nowell-Smith

An able-bodied person can commit suicide without any help, and it is legal.

It is unfair to deny a person who is not able to commit suicide on their own the same right.