In the United States, there is an election every four years to determine the president of the country. This statement does not tell the full story of the steps which need to be taken to become the president. It is a process which begins 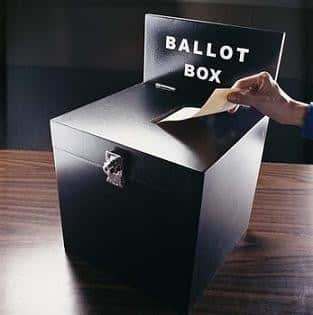 about two years before the actual election itself. The first step towards becoming president is to declare one’s candidacy.

The presidential primary is essentially the first major step in choosing the next president of the United States. Primaries begin in January of the election year and conclude in June. The purpose of the primary is to give the party an idea of which candidates are most popular among the people of each state. After a couple of primaries, there are normally between 2-3 candidates who are competitive for the nomination. The primary process consists of two forms of elections. One of these elections is called a caucus. A caucus is an event held by the political party, as opposed to the state government. In the context of a primary, the caucus is a meeting of registered voters in a party, who decide which candidate they will choose to represent their state. The caucus occurs in such states as Iowa and Texas. A primary is the other type of election which occurs. There are two types of primaries, a closed primary and an open primary. In a closed primary, the only people allowed to vote are those who are registered in the political party (“Rhode Island Board of Elections Frequently Asked Question.”). In an open primary, anyone of legal age is allowed to vote (“Who May Vote in Primary). Primaries occur in states such as New York and California.

Delegates differ between states based on size and party system. In the Democratic Party, there is a proportional delegate system. This means that a candidate will get roughly the same amount of delegates as the percentages indicate. For example, in the New York primary, Hillary Clinton got 57% of the vote compared to Barack Obama’s 40%. Hillary Clinton won 139 of the 232 delegates, while Barack Obama won 93 delegates (“Election Center 2008 Primaries and Caucuses: Results: New York”). The number of delegates compares roughly to the percentage of the vote which each candidate received. The Republican Party relies on a completely different system, which is known as a winner-takes-all representation. For example, in the state of Missouri, John McCain received 33% of the vote while Mike Huckabee received 32 %(“Election Center 2008 Primaries and Caucuses: Results: Missouri.”). Although the race was very close, due to the system, John McCain won all 58 of the state’s delegates. A small amount of Republican states use the proportional system as well.

The final step towards choosing a candidate for president is the party convention. The parties also state their principles and their upcoming goals. A vice president is also nominated at the convention. The Democratic convention has the potential to be a brokered convention, which means that the nominee for president might not be decided until the convention because the delegate counts are so close. Also at these conventions, members of the party vote on different issues to determine the direction in which the party would like to go. The Democratic convention will take place over four days from August 25-August 28, 2008. The host city is Denver, Colorado. Meanwhile, the Republican convention is also a four day long event, taking place from September 1-4, 2008. The host city is St. Paul, Minnesota.