Washington Irving was born on April 3, 1783 in Tarrytown, New York. His father was a merchant and owned an import business. Irving had literary influences early in his life. He was friends with Edgar Allen Poe, Nathaniel Hawthorne, and Charles Dickens. Washington Irving had no formal schooling. Instead, he taught himself by reading as many books as possible.

Washington Irving had other interests than just writing. Irving was an inventor. He invented ice drinks and the dumb waiter. Irving was also 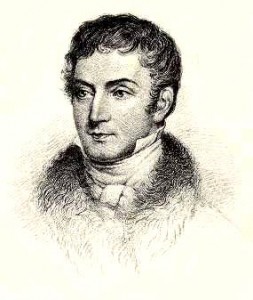 an entrepreneur. “Early in his life Irving planned to follow his father’s footsteps in the family business.” (p. 187)

The first semblance in The Legend of Sleepy Hollow and The Devil and Tom Walker is that nature proves to be a problem to the characters. In The Legend of Sleepy Hollow, the hollow is the setting for fear in Icabod’s tall tales. Irving reflected on the dark setting many times in this story. “The swamp was thickly grown with great gloomy pines and hemlocks.” (Washington Irving. p. 57) In The Devil and Tom Walker, the setting is portrayed in the same dark manner. It is the forest where Tom Walker meets the Devil.

Another similarity in both of the “short stories” is that a supernatural figure is the terror of each story. The supernatural being in The Legend of Sleepy Hollow is the Headless Horsemen. To the people of Tarrytown, the story of the Headless Horsemen is that he was a Hessian soldier that had his head shot off by a cannon ball. The soldier rides around at midnight looking for his head. “He glided through the night with a head upon his horn.” (Washington Irving. p. 123) The supernatural figure in The Devil and Tom Walker is the Devil. The Devil lives in the forest in the darkest spot. In the times that this story was written, people referred to the Devil as the “Black Man.” The Devil tried to get Tom to sign his book and hand over his soul.

Another parallelism of The Devil and Tom Walker and The Legend of Sleepy Hollow is that main characters in each story fear supernatural figures. In The Legend of Sleepy Hollow Icabod is afraid of the Headless Horsemen. Icabod is always looking over his shoulder in fear of the Hessian soldier. Icabod is especially fearful at night in the forest. Icabod would also scare himself by telling scary stories. “Icabod’s fear grew from his own tales.” (Washington Irving, p.47) In The Devil and Tom Walker, Tom fears meeting the Devil in the woods. The Devil tries to get Tom to give his soul to him but Tom battles his fears and doesn’t give in. Tom has heard of the stories about the Devil and wanted to avoid him completely.

Both stories have similarities from the fear of nature, having supernaturalism, or to the fear of the supernatural. Washington Irving uses nature to create the feeling of fright in the Sleepy Hollow and to bring fear to Tom Walker. Irving also presents the supernatural in both stories through the Headless Horseman and the Devil. The fear of the supernatural in both stores is evident between the Devil and Tom Walker and Icabod and the Headless Horsemen. Washington Irving was a romantic writer who heavily relied on the supernatural. He also use a lot of nature in his stories. Irving, who had no formal schooling, relied on reading as a way of gaining knowledge. Reading many books in his life may have influenced one of the most popular writers of all time.