John Winslow Irving stands out as one of the finest contemporary American authors. Born in Exeter, New Hampshire in July 1942, Irving attended an Exeter prep school at which his stepfather taught history. Although he excelled at English, he was discouraged by the fact that he was dyslexic, a condition which wasn’t recognized back then and so had trouble keeping up. An avid wrestler, he attended the University of New Hampshire on a wrestling scholarship.

There, he met a young Southern novelist named John Yount, who encouraged him to write. “It was so simple,” he remembers. “Yount was he 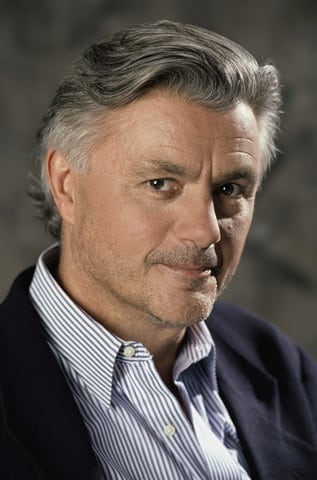 first person to point out that anything I did except writing was going to be vaguely unsatisfying.” Similarly inspired by Dicken’s work, particularly A Christmas Carol, and studying under Günter Grass in Vienna, Irving began to write what would later become his first novel, Setting Free the Bears (Irving, 1968). When he returned from Austria he married, and when his first child was born at age 23, he sold his 750 cc Royal Enfield- duly noted in Bears- and continued to write. Following the scant success of Bears, Irving wrote The Water Method Man in 1972, the story of a perpetual graduate student who can’t seem to take anything to completion. Although it was criticized for lack of depth and character development, it incorporates an interesting shifting narrative and alternating time periods, which makes the book seem less traditional. Like Bears, both books contain mild autobiographical information. Fred- the implied narrator of the book- attended Exeter, studied in Vienna, and has a wrestling background.

In 1978, he published The World According to Garp, which was instantly a success and made Irving a literary hero overnight. It is the story of “TS Garp, the bastard son of Jenny Fields, a feminist leader ahead of her times. Theirs is a world of sexual extremes and even sexual assassinations. Yet the dark, violent events of the story do not undermine a comedy both ribald and robust.” TS Garp, a wrestler and writer, has to deal with his mother’s prominence in the feminist movement (though Jenny Fields herself was loath to call herself a feminist). Garp also contains characteristics that seem to earmark works of Irving: unfortunate accidents, wrestling, rich subplots, an intricate cast of characters, and a humor that mocks things that are traditionally sober and tragic.

There is something to be said about Irving’s talents that he can create humor of such tragedy, as in the terrible car accident, and not seem crass or dark. Writing as Garp, Irving published within the book “The Pension Grillparzer,” a short story about a family who travels through Europe and rates the hotels. When the family arrives at the fated hotel, they meet an assortment of characters: a man who can tell the dreams of others, a bear who rides a unicycle, and a man who only walks on his hands. The same story, one of Irving’s personal favorites, was later published in The Imaginary Girlfriend, a collection of some of his short stories, and later in Trying to Save Piggy Sneed (1998), which as well as his short stories contained some of his autobiographical memoirs. Garp brought fame to both his past works and Irving, and introduced them to the international community and the American public.

The Cider House Rules (Irving, 1985) was another novel that richly encompassed everything Irving is famous for. Breaking tradition, however, the theme is firmly in focus, and the narrative is straightforward and linear. Irving commented the novel was a departure for him in the way that it “sets atmosphere, and creates a landscape.” Nevertheless, there is one strong connection that ties it to all his other books. “It seems in all my books, every act of sexual pleasure is extremely costly. It is part of the New England notion that for every action taken, you must make amends. I certainly don’t think I mean that.” There are two protagonists: Dr Wilbur Larch, an ether-addicted physician and obstetrician who also runs an orphanage, and the orphaned Homer Wells, Larch’s surrogate son and informal pupil in gynecological surgery.

Set in Maine, the timeframe extends through roughly the first half of the twentieth century, stopping a decade or so short of the controversial Roe v. Wade decision that would have seriously altered Larch’s practice. It is perhaps the most political of Irving’s works, he offers opinions through a multitude of characters on subjects like wars, elections, the morality of abortion, public personalities, and altruism. In keeping with his constant humor, he also offers less political opinions on such subjects as drive in theaters and other rather random cultural innovations. Although he only touches on the subject, Irving also mentions poverty in the novel. This is epitomized in the scene where the workers are on the top of the roof of the cider press and looking out at the lights of a magical county fair and trying to explain their meaning; in addition to being a fairly obvious metaphor.

His next work, A Prayer for Owen Meany (Irving, 1989), is a beautiful story about a pair of friends, Owen Meany and John Wheelwright, that discover the meaning of fate, God, and faith. Owen Meany makes spirituality seem both touching and awing, yet in the same manner also refreshing, like sliding faith and religion into a pair of GAP jeans and a sexy new haircut. Owen believes that he is part of a divine plan, and despite the several who try to convince him otherwise, he keeps his faith and inspires John to keep his through his life and death. As a child, he recognized him as “otherworldly,” but following his death Wheelwright finally realizes Owen was right, that he was part of a “bigger plan:” Most authors see faith in an impersonal light, something as distant and yet as beautiful as the stars. John Irving brings belief more into focus, something that is tangible and still awing, in the form of Owen Meany.