Myths are created for the purpose of conveying a message with an interesting medium with which to do so. Many cultures use myths to teach their young about the past. Through time, however, these myths become impractical due to discovery. This is when a new myth must be introduced to take the place of the obsolete one. Stanley Kubrick shaped 2001: A Space Odyssey as a new myth to crack the archaic view of space, by using a hero, a dilemma, and a new revelation to fuel his cause. 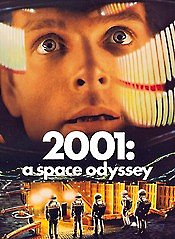 other mortals. He displayed character traits that superseded those of his crew mates. Much in the same fashion, Bowman breaks the mold of the astronauts aboard the Discovery. He and Poole are share duties aboard the Discovery, but he demonstrates a higher level of thinking by sensing and interpreting what is happening before him. He is the one that realizes exactly what HAL is doing, and he puts a stop to it. He sees problems, analyzes them, and then proceeds to diffuse the cause in the most efficient manner possible. He uses his character traits of intelligence, persistence, and adroitness to overcome the dilemmas put in front of him. By using his intelligence, he realizes that HAL has figured him out, and he must find a way to get back into the discovery in order to survive. In using persistence, Bowman does not give up when it seems that HAL has won the battle. Instead he takes the rough way in, and he then disables HAL. Bowman shows how adroit he is with dilemmas by handling the entire HAL situation with calm and intelligence.

While on the mission, Bowman is faced with many dilemmas. The first dilemma, is that he is in the dark about the purpose of the mission. He has only been supplied with the vital information that he will need to perform routine operations until the site of the mission is reached. HAL is responsible for informing him when the place has been reached and time is right to complete the mission. He decides that he must do what he can without actually knowing the exact purpose of the mission. The next dilemma is that HAL has been reacting to his instincts in a negative manner. He realizes that Bowman and Poole are having doubts about the mission. Bowman decides that he must hide his emotions and plans from HAL in order to proceed successfully. HAL, on the other hand, figures out that Bowman and Poole are planning to unplug him by reading their lips while they are conversing in the pod, and finds a way to get them where he can control them. He fakes a failure in the communications satellite dish, and Poole goes out to repair it, never to return. After Poole is disposed of, Bowman finally realizes that HAL has turned on him. This is the ultimate dilemma that Bowman must face. He is locked out of the Discovery, and he must find a way to get back in and disable HAL before he dies, and the mission is unsalvageable. He finally succeeds in re-entering the Discovery and disabling HAL as the ship nears Jupiter and the pre-recorded message plays on the video screen. His 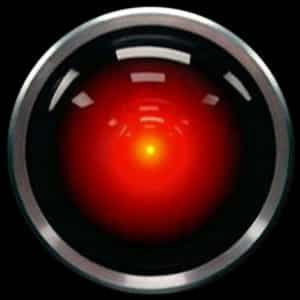 decision to unplug HAL and run the mission solo is the deciding factor in the new revelation that he encounters.

With the approaching of the climax of the movie, Bowman realizes that the mission was far beyond the comprehension of any human being. He realizes why the mission had been kept confidential even to him, as a pre-recorded message gives him a debriefing of the purpose of the mission. The ever present question of whether or not there are other intelligent beings in the universe is answered as Bowman enters the stargate. As he descends into the stargate, the many colors and patterns show that he is proceeding into a realm that is a paradox of powers.  When Bowman sees that he is being protected from forces that are far beyond the control of any mortal, he knows that these other beings are far superior to humans. With his experiences, the enlightened Bowman returns to earth realizing that society dwindling.

Using Bowman as a hero that faces dilemmas to reach the target moment, Stanley Kubrick uses 2001: A Space Odyssey as a new myth to replace the old myths about space. This redefined what people thought about space. This myth has carried over into the 20th century, and still will proceed into the 21st century. It shows how new myths can replace old myths and shatter the very foundation the human mentality. For when an archaic belief is suddenly replaced with a new one, it is often a reaction to wonder why the old one was wrong. This often leads to further exploration and discovery in that area. As discovery progresses, the myths change concurrently. This also exemplifies how important myths are to a culture or race of beings. Without myths, there would be no efficient way of communicating the beliefs and philosophies of the time.