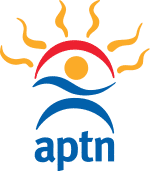 commercial establishments with cable, direct-to-home satellite (DTH), telco-delivered and fixed wireless television service providers. The network launched its high definition channel APTNHD in the spring of 2008.” (On screen Manitoba)  It was founded January 21, 1992 under the name of Television Northern Canada (TVCN). Throughout  1992-1999 TVCN was only a local station that broadcasted only in Canadian Territories. When TVCN went national September 1, 1999, they renamed themselves Aboriginal Peoples Television Network. APTN has it’s was quarters in Winnipeg, MB. “APTN offers all Canadians a window into the remarkably diverse worlds of Indigenous peoples in Canada and throughout the world” (APTN). “84% of APTN programming originates in Canada, with 56% of the programs broadcast in English, 16% in French and 28% in a variety of Aboriginal languages” (APTN).

APTN is an important milestone in Canadian First Nations’ history because it is Canada’s only television network committed to broadcasting Aboriginal telecast. “First Nations, Inuit and Métis Peoples have the opportunity to share their stories with all of Canada through a national television network dedicated to Aboriginal programming. Through documentaries, news magazines, dramas, entertainment specials, children’s series, cooking shows and education programs” (APTN) It is available in about 10 million households, it introduces Canadians to First Nation culture, not only Canadian First Nations but also some from all over the world. “its [APTN’s] humble origins and reliance on non-original programming to the full-fledged television network it has become.” (Jennifer David). “northern communities would benefit greatly from a co-operative broadcasting system” (APTN)The significance of APTN is that it gives Aboriginal people a voice they did not always have.  “the launch of the Aboriginal Peoples Television Network (APTN) changed the face of broadcasting in Canada” (Jennifer David).

TVNC was originally established to promote and preserve Aboriginal culture, it was put in place for Northern Aboriginal communities in remote areas. In 1991 when CRTC licensed TVCN it continuously showed the 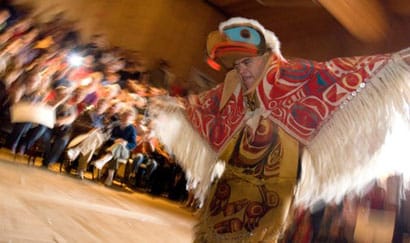 network’s board of directors that “a national Aboriginal television network would be a positive and important addition to Canadian broadcasting. By 1997, the movement towards a national Aboriginal network was underway.” (APTN) A survey showed that 68% of canadians would be willing to pay a 15-cent increase in their monthly cable bill to receive an Aboriginal network.” (APTN). This television network focuses on Aboriginal news, which have led to the education of people nationwide, it has helped the “idle no more” movement that is still in process, APTN is a place where many First Nations political problems and issues are addressed and announced.

APTN is one of Canada’s leading Aboriginal culture promoters. They make Aboriginal day a nationally broadcasted event, a day dedicated to celebrate First Nation culture and art, it is also “a premiere national event for Aboriginal Peoples in Canada to celebrate their pride and showcase their undeniable talent” (Aboriginal Day Live). The last Aboriginal Day was hosted in Winnipeg, MB and Iqaluit, NU. APTN participates in many events regarding anything Aboriginal related, such as “Media Democracy Days” where APTN’s history was presented and what APTN’s impacts are. “September 1, 2009 marked the 10-year anniversary of the launch of the first national Aboriginal television network in the world” (On Screen Manitoba) APTN’s continuous presence in the Media allows widespread of First Nation issues which allows the problems to be addressed with more public input. “APTN does not receive government funding for operations” (Digital Nations) APTN has changed the way First Nations People can express themselves.