Acquired Deficiency Disease is a deadly disease that has claimed many lives, both young and old, across our nation and throughout the world.  Due to the lack of education concerning this disease, many myths as to how AIDS is contracted is spread.  Contrary to what people believe, there are many precautions that can be taken to avoid becoming infected.  Furthermore, people who are already infected by the HIV virus need not suffer alone.  The purpose of this paper is to point out some of the myths concerning AIDS, to provide information regarding some of the precautions that can be taken to prevent contracting AIDS, and to present some places that AID victims can go for help. 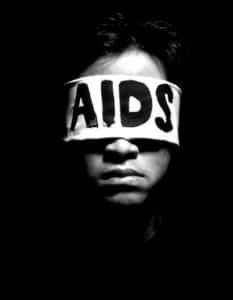 disease of homosexual men.  These are all false beliefs, proven through many scientific studies.  Hemophiliacs have contracted AIDS, after having been giving transfusions of blood which was contaminated with the HIV virus. Drug addicts have been infected through the intravenous injection of drugs with “second hand” or dirty needles used by someone who carried the HIV virus.  Prostitutes contract and spread AIDS through sexual activity with several different partners without knowing their partners’ sexual history.  This in turn, leads to the spread of the disease throughout the heterosexual community.  Innocent infants are victims of the disease, born by mothers who are infected with AIDS.  It is, of course, true that homosexuals do spread the disease.

However, to label AIDS a “gay disease” is nothing less than ludicrous.  There are certain precautions that can be taken to control or prevent the spread of AIDS.  For those who are sexually active, safe sex should be a must.  The use of a condom, knowing one’s sexual partner’s background and the limiting the number of different partners can greatly deter the spread of AIDS. Abstinence from sexual activity is a sure prevention.  Fidelity to one’s sexual partner can be of great importance.  Many innocent wives, husbands, and their unborn children have been victimized by AIDS, contracted from his or her partner who was unfaithful- often, or only once.

The best prevention against AIDS among drug users is “just say no,” otherwise the use of sterile needles should certainly be practiced.  Because of our lack of education on the subject of AIDS, victims often feel alone, helpless, rejected, and that there is no place to go for help.  There are, however, several sources of assistance.  Among these are several AIDS hotlines to call.  Also, there is the Aids Task Force, United Centers for Disease Control, and many hospitals and medical centers which have facilities for testing and treatment of AIDS.  An aspect of the effect of AIDS, which may not have been considered by many is the derogatory situation which could, and is already occurring within the health care profession and it’s conception of the disease.  A combination of incompetence, greed, a natural desire for job security, intolerance for divergent thought – a combination of the worst corporate values – and a situation develops in which an entire aspect of the medical establishment can divert from humanitarian purpose and become just a business, more concerned with the financial exploitation of AIDS victims than with their care or with finding a cure for the disease. Hopefully, this paper will have served the purpose for which it was written.  To enlighten the reader about some myths, the precautions against AIDS, and a few sources of the information and assistance for its victims.  .