Countess of Longford, Elizabeth Pakenham, was born in London England in 1906.  She attended Lady Margaret Hall 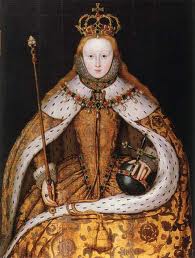 and Oxford University where she studied classical history and philosophy.  She later married Oxford professor and politician, the seventh Earl of Longford in 1931, with whom she had eight children.  She worked as a tutor from 1930-36 in the Worker’s Educational Association, and was a member of the Paddington and St. Pomcras Rent Tribunal from 1946-51.  She was also a Labour party candidate for Cheltenham, and later for the City of Oxford.  After both campaigns proved unsuccessful, Longford began her career as a writer in 1954, where she concentrated on the topic of parenting.  She later turned her focus to British history, and became recognized for her talent as a biographer.  She was awarded the James Tait Memorial Prize for best biography in 1964 for Victoria R.I.   Longford claimed the Yorkshire Post Book of the Year Award twice with Wellington,1969, and The Royal House of Windsor, Winston Churchill in 1974.  It is with this same thoroughness and true human interest that she captures the life of England’s reigning monarch in The Queen; The Life of Elizabeth II.

Though surveys have revealed that at any one time between 15 and 30% of the English people claim they would prefer a republic, the majority uphold the traditional support of the monarchy, as has been the English custom for over a thousand years.  Since 1952 the endeared Queen Elizabeth II has played this role in her country’s politics as an important aspect of the modern nation’s identity.  As she has proved neither conservative nor liberal in her stance, she has so come to symbolize a popular democracy.

It was raining on the sunless April day in 1926 when Elizabeth Bowes-Lyon announced to her husband of three years that it was time.  The Duke and Duchess of York were anticipating the birth of their first child.  As the doctors were soon to discover, this was not to be a routine delivery.  The child was breech and as night fell the decision to perform a cesarean section was made and thus commenced.  The operation a success, at 2:40 AM, Wednesday, April 21, a princess was born.  As is characteristic of cesarean birth, the first granddaughter of King GeorgeV and Queen Mary was particularly immaculate with a shapely head, fair hair, and pink skin.  Her bright blue eyes were framed by long dark lashes.  She was christened Elizabeth Alexandra Mary, after her mother, great-grandmother, and grandmother the Queen.  Her delighted father wrote to his royal parents to announce the new arrival and express his hope that they would be as satisfied with the birth of a girl as were he and his wife.  As she was born third in line of an unlikely succession, a granddaughter was a refreshing delight.  As one more of sentiment, the ideal of a little Princess had an immediate public appeal as well.

In the same year of Elizabeth’s birth, there were other significant changes within the Commonwealth.  The white “colonies” had grown into self-governing “dominions”.  The Commonwealth would now be comprised of nation-states which were to co-exist in absolute equality with one another and the “mother country”.   The king was to be the binding force for this partnership of nations as he was to symbolize their common values of patriotism, history, and culture.  The Imperial Conference of 1926 would reaffirm these common beliefs of liberty, equality, and unity in the Balfour Report.

The English people were very taken with little Elizabeth.  Longford writes, “part of [her] immense appeal was due to her vivacity and comic fervor in doing what was expected of her”.  Though Elizabeth’s childhood was quite sheltered, she found access to the rest of the world through the many nursery toys her parents endowed her with.  Miniature delivery vans of bread and garden supplies represented the everyday jobs of the people.  A Christmas present of a dustpan and brush also symbolized work in the real world, and possibly served as a tool in the development of a remarkable tidiness that followed her through adulthood.  Her many ponies also served as a learning experience through the necessity of their care in grooming, feeding, and watering.

She was a very bright child as well.  Her mother began teaching her to read at the age of five, the same age she had began to learn.  Much like her mother, Elizabeth caught on very quickly.  This may be greatly attributed to the amount of attention the Duchess was able to give the Princess.  She had put all of her social engagements on hold due to her current disposition of pregnancy.  In 1930, on a day not unlike that of Elizabeth II’s birth, the Duchess gave birth to yet another daughter.  Named Margaret Rose, she was to be Elizabeth’s only sibling.  The new sister would also bring many new experiences into the life of the future Queen.  Longford writes,”[had] the princess remained an only child, her tranquil and responsive temperament might have lacked the stimulus of confrontations, however affectionate, in childhood”.  Margaret Rose was to be yet another tool in the molding of England’s present monarch.

As the young Princess Elizabeth was meticulous, even to the point of obsessiveness, she maintained a similar character in the classroom.  She was found to be conscientious, reasonable, and attentive to detail.  She was self-disciplined and well trained in what was considered proper behavior for a princess.  To offset the risk of portraying her as too perfect a child, she was also noted to have been somewhat wanting in the area of arithmetic (an area her grandfather thought unnecessary for her to master) and a poor knitter as well.  One of her favorite pastimes was the devotion of her time to her horses (the two sisters had eventually acquired over 30).

In late January of 1936,(later recognized as the year of three kings),the death of her grandfather King George V brought little Elizabeth’s first stage of youth to a close.   Under the opinion of the nursery and school-room the King’s favorite grandchild was advised not to attend the ceremonies.  However, intent on doing the proper thing, she did not heed this advice and went along-side her parents.  Her father’s older brother,     Edward VIII, would thus assume the throne.  His reign would be short lived, however, as he would meet an American woman who had already divorced twice, and ask her hand in marriage.  As this was not acceptable behavior for a king Edward was given the choice to break off the engagement or abdication from the throne.  He chooses abdication, leaving her father, King George VI the acquisition of the crown, and Princess Elizabeth of York heir presumptive.

At the age of 13 the Princess met her third cousin, Prince Philip Mountbatten of Greece who was then18.  Quite taken with him upon their first meeting, Elizabeth watched as he showed off in a college tennis match.  About four years later Prince Phillip, also having been love stricken, would return to watch Elizabeth in her performance of Aladdin.

The next four years were to lead Elizabeth into womanhood.  Firstly, this development began with her Confirmation, performed on March 1,1942 by the same Archbishop of Canterbury who had christened her.  In1942 she registered in the Labour Exchange, and in1945 she was finally called to serve as Second Subaltern Elizabeth Alexandra Mary Windsor of the Auxiliary Transport Service where she was to learn to be a mechanic of sorts.  In 1945 the war was brought to a close, and with the return of Prince Philip, the two were engaged by the following year.   They were married on November 20,1947.  Three months later she was to become pregnant.  Six days before their first wedding anniversary, the Princess was to give birth to Prince Charles Philip Arthur George at Buckingham Palace.  The whole countryside joined in celebration.  The Princess felt she had finally achieved some form of the cherished ordinary life as a wife and mother.  1950 brought even more of the same with the birth of six pound Princess Anne Elizabeth Alice Louise.  This fairy-tale existence of an “ordinary” life was not to last for long.  King George’s health was failing because of cancer, though he was never given the diagnoses.  Elizabeth’s doting father died peacefully in his sleep during the early hours of February 6, 1952.

She was to be crowned Queen Elizabeth II, Head of the Commonwealth, Defender of the Faith, just after the death of Queen Mary in March of 1953.  As Head of the Commonwealth the Queen serves as an important aspect of the modern nation’s identity.  Unlike the President of the United States, she does not run for office, and does not dominate her country’s politics and policies.  Throughout her reign she has come to symbolize a popular democracy in which she neither takes an extreme stance to the right or left, but holds firm on the middle ground.  The two principal rights that the parliamentary body has bestowed on her are the right to appoint a prime minister, and the right to dissolve parliament before the end of its term.  She also holds three other general rights, the right to be consulted, the right to encourage, and the right to warn.  She has consistently demonstrated her grace, temperament, and competence under the possession of her crown.

She has been as doting a mother to her country as to her four children.  An untainted illustration of a lady, she is an example and inspiration to both royalty and the common man alike.

Elizabeth Longford’s portrayal of the life of Queen Elizabeth II goes unrefuted.   She has brought forth a vivid and candid portraiture of her subject.  She obviously displays great admiration for the reigning Queen, but has also tried to capture her human side, in weaknesses and strengths alike to give a true account of the life of  England’s little Princess, Queen Elizabeth II.