Freedom of Speech Analysis and Significance

Imagine a life where you had no freedom to speak what was on your mind, and imagine what it would be like to live in a world like this. Noam Chomsky, a linguistics professor at the Massachusetts Institute of Technology is a big 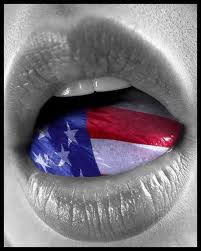 supporter with the idea of free speech. He is known across the globe for his activism and outspoken criticism. He is also said to be “the most often cited living author” and “one of the most respected and influential intellectuals in the world.” (MinnesotaState) Chomsky is very respected in the area of free speech, which is why so many people criticize him as well, because he does have some extreme forms of free speech which he thinks how it should be. To show the view Chomsky has, there is one very extreme example of what he thinks should be allowed in society today.

In the year 1979, a French professor of Literature named Robert Faurisson published two letters in Le Monde. These letters had statements about how gas chambers used by the Nazis in World War 2 to get rid of people of the Jewish faith did not exist. After publishing these letters, there was a huge outrage almost worldwide. Faurisson was convicted for Defamation and also fined and given a prison sentence. A man by the name of Serge Thion, a French Libertarian socialist and Holocaust denier ask Noam Chomsky to sign a petition along with hundreds of other people who signed it to support Faurisson’s right to freedom of speech. After Chomsky had signed the petition, people were already attacking him. Jewish-French historian, Pierre Vidal-Naquet saw this petition to be a legitimization of Faurissons denial of the Holocaust and also as a misrepresentation of his intentions. Because Chomsky signed the petition, he also wrote an essay called “Some Elementary Comments on The Rights of Freedom of Expression” which was very critical of the French intellectual response. This also stated that Chomsky did not support Faurissons ideas but strictly his right to freedom to speech. This essay however was used by Faurisson in his book which intended to defend his rather obscure views. Vidal-Naquet attacked Chomsky in his essay and thinks Chomsky could have signed other petitions defending the right to freedom of speech without presenting Faurisson as a legitimate historian. Chomsky has stated that he believes in the absolute freedom of speech and also states “I see no anti-Semitic implications in the denial of the existence of gas chambers or even the denial of the Holocaust.” (CriticismsWiki)

The example of Faurisson is a clear picture to show Chomsky’s view on free speech. Chomsky explains what freedom of speech should be by saying” it is a truism, hardly deserving discussion, that the defense of the right of free expression is not restricted to ideas one approves of, and that it is precisely in the case of ideas found most offensive that these rights must be most vigorously defended” (SomeElementary) Noam Chomsky strongly believes that everyone has the right to freedom of speech, even that of people who we do not agree with. Chomsky being Jewish himself, supported Faurisson and his right to that freedom, which people interpreted as him supporting his idea’s, which is false. Chomsky signs petitions all the time trying to support the peoples freedom of speech.(Democracy)

A question that can be raised from all this is, can Chomsky’s understanding of free speech be allowed in today’s society? The answer is yes it can be allowed, and should be allowed. Everyday people are discriminated by other people because of what they think and what their opinions are on different topics. If someone doesn’t agree with something you say or think, that shouldn’t mean you should not have the right to express yourself. Although sometimes it could be dangerous depending on the topic your arguing or talking about, because there are some people in the society today that think there is only one side to things. Faurisson was a Holocaust denier, and even though many people disagreed with him and his ideas, they supported his right to speak what was on his mind and get his opinions across. The fact that he was considered anti-Semitic and given a fine and sentence in prison is ridiculous. He is not hurting anyone when he is doing his own research and trying to look for alternative sources and opinions. By not knowing all opinions and narrowing your knowledge on all topics, you can’t really make a reasonable decision on what you think is right without knowing both sides. After 9/11 there were many opinions expressed that didn’t agree with each other, and the ones that the Americans didn’t like were somehow in some shape or form put aside, ignored, or penalized for having a different thought than the majority of the population. It might take some adjusting and such to get used to the absolute freedom of speech, but without it we’re shielding ourselves from other idea’s that could prove to be good and interesting as well. If two people were to get into a fight at a school, and no witness’s were around to see it, the principle would listen to both sides most likely before making a decision and what he or she believes. This can be related to the idea of free speech, and Chomsky’s understanding of it, in which if you don’t hear both sides of things, how can you make an honest decision on what’s right and wrong, or what should be or shouldn’t be.

The world would be a much different place if people weren’t allowed to express their thoughts and were only given stuff to think about, instead of actually looking into things and understanding the whole situation. Without Freedom of speech many great philosophers and other great beings would not have made a difference in the world. Martin Luther King Jr. Expressed his thoughts and made a difference to millions of people for the better, even when at the time many of thousands of people did not agree with him and were actually mad at him. Same thing with Bob Marley, he spoke his mind and how everyone should get along and be able to express themselves, even after getting shot at he still stood by what he believed. There are so many examples where individuals around the world made a difference by speaking up and questioning things even when people frowned apon it. Without this freedom, society would be very dull and probably not as harmonized as it could be. Chomsky’s understanding might be extreme, but with a little effort, it could be allowed in our society today and good would come from it.

You’ve got great insights about Bishop Williamson, keep up the good work!