Genetic variation is the raw material for the plant breeder, who must often select from primitive and wild plants, including wild species, in search of new genes.  The appearance of new diseases, new pests, or new virulent forms of disease causing organisms makes it imperative that the plant be preserved, because it offers a potential for the presence of disease resistant genes not present in cultivated varieties.  Also, there are demands for new characters–for example, high protein, improved nutritional factors, and fertility restoration.  As a result, plant breeders require a large and diverse gene pool to meet ever changing needs. 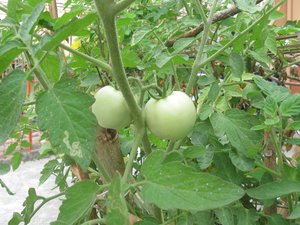 A gene bank is a popular term that is used to describe repositories for genes of living organisms.  It is commonly used in the context of plant breeding as I described above, but it also applies to the freezing and the storage of animal sperm and embryos for use in animal husbandry or artificial insemination.

An understanding of crop origins and variations is necessary in assembling genetic diversity in plant crops.  In certain geographical areas there has existed a rich source of variability in crop plants but the encroachment of civilization has reduced the natural variability inherent in primitive plant forms and related species of crop plants.  Agricultural process, as a result of new breeding programs, has reduced rather than increased crop variability as improved cultivars, or varieties, are planted in wider and wider areas and old cultivars, which may contain valuable genes, are lost.  Crop failures, which result in a smaller gene pool, have led to an increased awareness of the need to preserve genetic diversity in plants.  Efforts are under way to increase collections of plant materials in various forms.  Usually these are preserved as seeds, but living plants, pollen, and cell cultures are also used.  In most gene banks, seeds are usually preserved under conditions of low temperature and humidity.  These

collections must be periodically renewed by growing the plants and producing new seeds.  Increasing emphasis is also being placed on preserving living collections of asexually propagated crops such as species of fruits and nuts.

In the united states, germ plasm banks are handled in a state-federal cooperative program.  Internationally, a consortium of international, government, and private organizations called the consultative group in in International Agricultural research, (established in 1974), the International Board for Plant Genetic Resources (IBPGR) to promote the activities of international plant research centers that collect and preserve plant germ plasm.

Crop improvement is continuous.  Professional plant breeders are constantly working, through genetics, on the improvement of plants to meet changing needs and standards. For example, with the introduction of mechanical pickers for tomatoes, a tomato 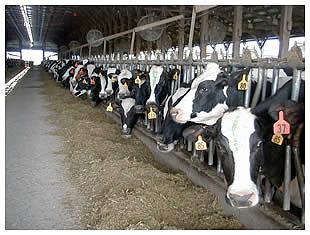 resistant to bruising by the machine was needed.  Such a variety was created by plant breeders.

Better, higher-yielding crop varieties have played an important part in the increase in crop production per acre in the united states and some other nations.  Varieties of rice, cotton, vegetable-oil crops and sugar crops have changed almost completely since the early nineteen fifties.  By the late nineteen sixties, most crop acreage in the united states was producing varieties unknown to earlier decades.  Best known of the improved crops are the many varieties of hybrid corn that are planted on more than ninety-seven percent of the total corn acreage in the united states.  Government experimental laboratories and commercial seed companies shared in the research and development of the high-yield plant varieties that provide such superior characteristics as resistance to cold, drought, diseases, and pests.

Improvements in livestock, such as more efficient use of feed, has added greatly to the annual farm output.  Such improvements are the result of breeding and improved husbandry and veterinary techniques.  Special purpose-stock has been developed through selective breeding.  It includes cattle that are able to thrive in subtropical regions, hogs that yield lean bacon instead of lard, and small and broad breasted turkeys.

Artificial insemination has become a major factor in cattle improvement.  In this technique the sperm of genetically superior bulls is used to inseminate thousands of cows.  In this way a herd can be upgraded significantly in a single generation.  However, some people feel that producing plants and animals that conform to the needs mechanization and increased production has resulted in less desirable farm products.