History of our Species and Violence

The history of our species is rife with violence, from ancient wars to random, vicious assaults, violence seems to pervade it. It also seems to be a big part of our present society, everyday we hear of some new person who has been brutally gunned down for no reason, another soldier who has been shot in our wars. With this rampant violence it 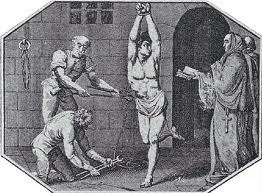 Violence tends to be caused by an imbalance in a given society. In the case of the chimpanzees studied by Jane goodall, the only time that any dangerous acts of violence occurred was when a foreign item, namely, bananas, was introduced. This is an excellent example for a cause of violence in human society. When one person sees something that they want, they get jealous, and in extreme cases they act on their jealousy, taking what they desire. The desired “thing” can range from possessions to someone else’s power, their mate, anything to make themselves feel more dominant. Another cause of violence due to imbalance is human dominance. In the animal kingdom, in any given pack (wolves for example) there is a hierarchy triangle, with one alpha male and one alpha female, and many others underneath them (beta, delta, gamma, etc.) for the most part this pack is stable, with all members placidly accepting there position, however, every once in a while a young member of the pack will attempt to usurp one of the alphas and take their place. This usurping attempt is met with a confrontation, usually a violent one. It is easy to draw parallels to human society from this example. Most people have the need to feel like they are the alpha, and if they feel threatened by another person they will treat the person with hostility, even if their feelings are unfounded. These hostilities can eventually boil down into a scuffle, which we call violence.

There are many other causes of violence that may not be directly caused by imbalance, but are related to it. For instance, humans have a propensity to defend members of their pack. If any member is threatened, then the alpha male or female will spring into action, and either through the use of reason, or with violence, ends the threat. Another cause of violence

There are many causes of violence, some are results of circumstance, others a result of environment, and others are simply scapegoats that don’t directly cause violence at all. Media violence is one of the latter, the media has been blamed for all the violent acts in society since its conception, and studies have been done showing a dramatic increase in crime since the creation of the television