How to become a Toxicologist? Salary & Training 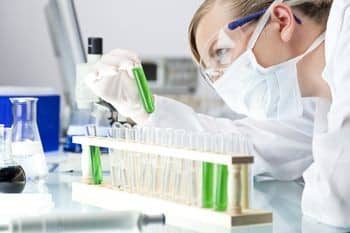 Toxicologists study poisons and conduct experiments on them to determine how safe or dangerous they could potentially be to animals, plants, and humans.  Since chemicals are a vital part of everything we come into contact with, it is important to know the potential danger that is within our environment and what effects these dangers will have on us.  It is the responsibility of the toxicologist to determine if we are at risk because of exposure to various chemicals and how to effectively deal with these situations.  After determining the risk factor, toxicologists inform the government, businesses, and the public of the hazards of a certain chemical.

There are many different subcategories of toxicology in which toxicologists specialize.  Forensic toxicologists are involved with crime scenes and perform experiments on dead human and animal bodies to find out the type of poisonous substance that killed them.  Medical/clinical toxicologists deal with the effects of poisons on human health and are often able to detect and treat disease.  For example, one specific area that they study is the effect of a drug overdose on the human body.  Research toxicologists are mainly those who have their Ph.D. and work in a university doing research on the effects of chemicals on cells.  There is also an increased interest at the college and university level in providing courses in toxicology because of the increased impact of chemicals in the environment.  Teaching in this area has greatly increased and is very important for training students in risk management, interpreting data and providing solid research.  Government/industrial toxicologists work to protect the public from harmful chemicals and to use chemicals in a safe way.  In this field, toxicologists evaluate the safety of various products and test for any negative effects that chemicals within the products may have on humans or animals.  The public has become more aware of the need for safety regulations when dealing with harmful substances because of major chemical hazards that have been made public over the last few decades (for example, nuclear reactor leaks).   Environmental toxicologists study the effects of pollution on humans, animals, and the environment.  Food safety toxicologists study the effects of different food poisons on human health.  These subgroups demonstrate the various paths a toxicologist may take, depending on interest. 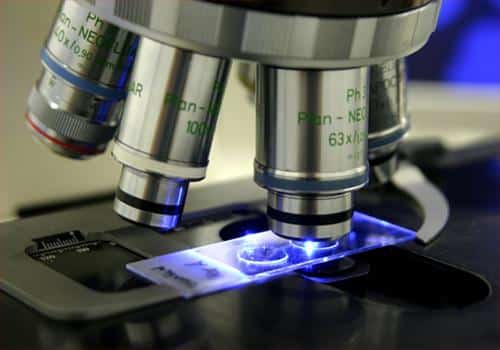 To become a toxicologist, one needs to have a bachelor’s, master’s, or doctoral degree in toxicology or other fields such as biology, chemistry, biochemistry, medicinal chemistry, pharmacology, experimental pathology, epidemiology, or cell biology.  One needs to be able to develop good relationships with coworkers since working on research projects as a team is a key component of this career.  One also needs to be well organized, detail-oriented, creative and logical as well as having good writing, computer, and math skills to be successful as a toxicologist.

According to the Society of Toxicology there is a great demand for toxicologists at present as well as for the future.  Industries are the largest employers of toxicologists.  It is here that toxicologists use their skills in developing new products, product evaluation and safety, and developing regulations.  Areas such as agriculture and health care, including pharmaceutical companies, are relying more on toxicologists as well.  Many new chemicals are invented and there need to be toxicologists to test these chemicals before they are brought out into the public.  Many jobs for toxicologists are in demand near hospitals and chemical plants and those with the most education will be chosen first and given the best jobs.  According to the “Toxicologist Supply and Expertise Survey” of recent graduates in the workforce, 53% have Ph.D.’s, 73% have a master’s degree, and 58% have a bachelor’s degree.  According to the American Association for the Advancement of Science, a 2001 salary survey ranked the median salary for toxicologists between $42,000 and $112,000.  Those working in government or industry ranged from $76,000 to $153,000.   Salary depends on the degree one has, education and experience, geographical location and the sector in which one works.  Opportunities for advancement are available in most toxicology sectors.  For example a toxicologist may become the head of a research unit, or the head of a management team, or an administrator who has less to do with research and more involvement in budgeting, or a full professor/department head in a university setting. Some toxicologists may also work independently as consultants for various companies.

Hello thank you for posting this article. I’m currently in search of a toxicology school!

THIS IS THE MOST WELL ORGANIZED AND DETAILED SUMMARY OF TOXICOLOGICAL INFORMATION THAT I HAVE READ. IF ANY NEW INFORMATION BECOMES AVAILABLE ABOUT MEDICAL TOXICOLOGY I WOULD LIKE TO BE INFORMED. THANK YOU FOR THE HELP.