Jack London fought his way up out of the factories and waterfront dives of West Oakland to become the highest paid, most popular 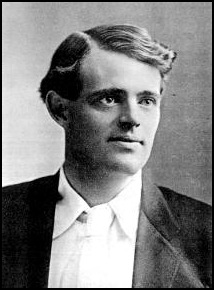 novelist and short story writer of his day. He wrote passionately and prolifically about the great questions of life and death, the struggle to survive with dignity and integrity, and he wove these elemental ideas into stories of high adventure based on his own firsthand experiences at sea, or in Alaska, or in the fields and factories of California. As a result, his writing appealed not to the few, but to millions of people all around the world. Along with his books and stories, however, Jack London was widely known for his personal exploits. He was a celebrity, a colorful and controversial personality who was often in the news. Generally fun-loving and playful, he could also be combative, and was quick to side with the underdog against injustice or oppression of any kind. He was a fiery and eloquent public speaker, and much sought after as a lecturer on socialism and other economic and political topics. Despite his avowed socialism, most people considered him a living symbol of rugged individualism, a man whose fabulous success was due not to special favor of any kind, but to a combination of unusual mental ability and immense vitality. Strikingly handsome, full of laughter, restless and courageous to a fault, always eager for adventure on land or sea, he was one of the most attractive and romantic figures of his time. Jack London ascribed his literary success largely to hard work – to “dig,” as he put it. He tried never to miss his early morning 1,000-word writing stint, and between 1900 and 1916 he completed over fifty books, including both fiction and non-fiction, hundreds of short stories, and numerous articles on a wide range of topics. Several of the books and many of the short stories are classics of their kind, well thought of in critical terms and still popular around the world. Today, almost countless editions of London’s writings are available and some of them have been translated into as many as seventy different languages. In addition to his daily writing stint and his commitments as a lecturer, London also carried on voluminous correspondence (he received some 10,000 letters per year), read proofs of his work as it went to press, negotiated with his various agents and publishers, and conducted other business such as overseeing construction of his custom-built sailing ship, the Snark (1906 – 1907), construction of Wolf House (1910 – 1913), and the operation of his beloved Beauty Ranch, which became a primary preoccupation after about 1911.

Along with all this, he had to continually generate new ideas for books and stories and do the research so necessary to his writing. Somehow, he managed to do all these things and still find time to go swimming, horseback riding, or sailing on San Francisco Bay. He also spent 27 months cruising the South Pacific in the Snark, put in two tours of duty as an overseas war correspondent, traveled widely for pleasure, entertained a continual stream of guests whenever he was at home in Glen Ellen, and did his fair share of barroom socializing and debating. In order to fit all this living into the narrow confines of one lifetime, he often tried to make do with no more than four or five hours of sleep at night. London was first attracted to the Sonoma Valley by its magnificent natural landscape, a unique combination of high hills, fields and streams, and a beautiful mixed forest of oaks, madrones, California buckeyes, Douglas Fir, and redwood trees. “When I first came here, tired of cities and people, I settled down on a little farm … 130 acres of the most beautiful, primitive land to be found in California.” He didn’t care that the farm was badly run-down. Instead, he reveled in its deep canyons and forests, its year-round springs and streams. “All I wanted,” he said later, “was a quiet place in the country to write and loaf in and get out of Nature that something which we all need, only the most of us don’t know it.” Soon, however, he was busy buying farm equipment and livestock for his “mountain ranch.” He also began work on a new barn and started planning a fine new house. “This is to be no summer-residence proposition,” he wrote to his publisher in June 1905, “but a home all the year round. I am anchoring good and solid, and anchoring for keeps …” Born January 12, 1876, he was only 29, but he was already internationally famous for Call of the Wild (1903), The Sea Wolf (1904), and other literary and journalistic accomplishments. 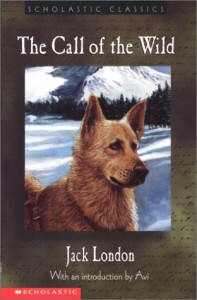 He was divorced from Bessie (Maddern), his first wife and the mother of his two daughters, Joan and Little Bess, and he had married Charmian (Kittredge).

Living and owning land near Glen Ellen was a way of escaping from Oakland – from the city way of life he called the “man-trap.” But excited as he was about his plans for the ranch, London was still too restless, too eager for foreign travel and adventure, to settle down and spend all his time there. While his barn and other ranch improvements were still under construction he decided to build a ship and go sailing around the world – exploring, writing, adventuring – enjoying the “big moments of living” that he craved and that would give him still more material to write about. The great voyage was to last seven years and take Jack and Charmian around the world. In fact it lasted 27 months and took them “only” as far as the South Pacific and Australia. Discouraged by a variety of health problems, and heartbroken about having to abandon the trip and sell the Snark, London returned to Glen Ellen and to his plans for the ranch. In 1909, ’10 and ’11 he bought more land, and in 1911 moved from Glen Ellen to a small ranch house in the middle of his holdings. He rode horseback throughout the countryside, exploring every canyon, glen and hill top. And he threw himself into farming – scientific agriculture – as one of the few justifiable, basic, and idealistic ways of making a living. A significant portion of his later writing – Burning Daylight (1910), Valley of the Moon (1913), Little Lady of the Big House (1916) – had to do with the simple pleasures of country life, the satisfaction of making a living directly and honestly from the land and thereby remaining close to the realities of the natural world. Jack and Charmian London’s dream house began to take definite shape early in 1911 as Albert Farr, a well-known San Francisco architect, put their ideas on paper in the form of drawings and sketches, and then supervised the early stages of construction. It was to be a grand house – one that would remain standing for a thousand years. By August 1913, London had spent approximately $80,000 (in pre-World War I dollars), and the project was nearly complete. On August 22 final cleanup got underway and plans were laid for moving the Londons’ specially designed, custom-built furniture and other personal belongings into the mansion. That night – at 2 a. m. – word came that the house was burning. By the time the London arrived on the scene the house was ablaze in every corner, the roof had collapsed, and even a stack of lumber some distance away was burning. Nothing could be done. London looked on philosophically, but inside he was seriously wounded, for the loss was a crushing financial blow and the wreck of a long-cherished dream. Worse yet, he also had to face the probability that the fire had been deliberately set – perhaps by someone close to him.

To this day, the mystery remains unsolved, but there are strong indications that the fire started by spontaneous combustion of oily rags which had been left in the building on that hot August night. London planned to rebuild Wolf House eventually, but at the time of his death in 1916 the house remained as it stands today, the stark but eloquent vestige of a unique and fascinating but shattered dream. The destruction of the Wolf House left London terribly depressed, but after a few days he forced himself to go back to work. Using a $2,000 advance from Cosmopolitan Magazine, he added a new study to the little wood-frame ranch house in which he had been living since 1911. Here, in the middle of his beloved ranch, he continued to turn out the articles, short stories, and novels for which there was an ever-growing international market. From the time he went east to meet with his publishers in New York, or to San Francisco or Los Angeles on other business. He also spent a considerable amount of time living and working aboard his 30-foot yawl, the Roamer, which he loved to sail around San Francisco Bay and throughout the nearby Sacramento-San Joaquin Delta. In 1914 he went to Mexico as a war correspondent covering the role of U.S. troops and Navy ships in the Villa-Carranza revolt. In 1915 and again in 1916 Charmian persuaded him to spend several months in Hawaii, where he seemed better able to relax and more willing to take care of himself. His greatest satisfaction, however, came from his ranch activities and from his ever more ambitious plans for expanding the ranch and increasing its productivity. These plans kept him perpetually in debt and under intense pressure to keep on writing as fast as he could, even though it might mean sacrificing quality in favor of quantity. His doctors urged him to ease up, to change his work habits and his diet, to stop all use of alcohol, and to get more exercise. But he refused to change his way of life, and plunged on with his writing and his ranch, generously supporting friends and relations through it all. If anything, the press of his financial commitments and his increasingly severe health problems only made him expand his ambitions, dream even larger dreams, and work still harder and faster. On November 22, 1916, Jack London died of gastrointestinal uremic poisoning. He was 40 years of age and had been suffering from a variety of ailments, including a kidney condition that was extraordinarily painful at times. Nevertheless, right up to the last day of his life he was full of bold plans and boundless enthusiasm for the future.