Cezanne was born in Aix-en-Provence in 1839. He was to die in the same town in 1906. His life and art work was greatly influenced by this small town in France. He was the son of a shrewd business man, Louis-Auguste Cezanne. As a boy growing up in Aix, Cezanne loved to study Greek and Latin literature. At the age of thirteen, Paul met Emile Zola at the College Bourbon. The friendship was very important for both of the young men and lasted until the publication of Zola’s novel L’Oeuvre in 1886, in which the writer portrays an unsuccessful artist whose character based upon Paul. Deeply hurt, Cezanne broke forever with his longtime friend.

At school, the boys were nearly inseparable. Both were interested in writing and literature. Emile and Paul would write letters and rhymed 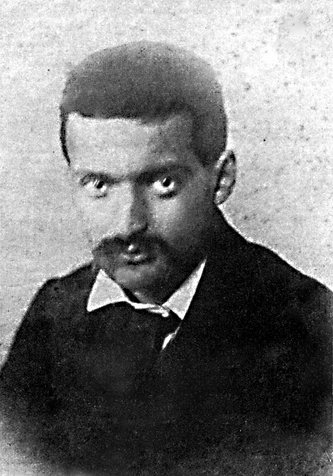 verse to each other for the next decade or so in which they expressed their most intimate feelings and emotions together with information about their everyday life. Paul’s father disapproved of Zola and his family especially after Emile’s father had died. In February 1858 Zola moved to Paris together with his mother.

Which made Paul want to go to Paris to join up with Emile. When in 1861 he finally obtained his father’s permission to study art in Paris, Cezanne’s first attempt to settle down there failed. Disillusioned with the art world, he returned to his family after only six months and entered his father’s bank as a clerk. The following year he went to Paris again, and this time he stayed. During this years he lead a rather frugal life due to his father’s meager allowance. Every year he submitted canvases to the artists’ Salons, but was regularly rejected.

Cezanne did his first show with a group named the “Society of Painters, Draftsman, Sculptors, and Engravers” comprised of Pierre-Auguste Renoir, Claude Monet, Alfred Sisley, Pissarro and Cezanne himself. The group’s first show was in April in 1874, they received bad revise. Cezanne did one more show with that group, third for the group, in 1877. That show went better than the first one. “Unlike his artist friends, he generally avoided depiction’s of modern life and instead painted landscapes and still-lives of more classical conception”(Lallemand 10). Cezanne had many different characteristics of his work enigmatic quality, the look of someone who were essentially a sculptor, no seasonal variance in his landscapes.

In the painting The House of the Hanged Man ,painted in 1872-1873, there is an eerie feeling illuminating form the piece. It is achieved by the the dull shapes, cool colors, and thick granular patching. The look of someone who was essentially a sculptor in present in The Negro Scipion painted in 1867. Where you can easily see the definition of muscle and the curvature of the human body. In most of Paul Cezanne’s landscapes you cannot tell what season it is suppose to represent. Spring, fall or summer. In Mill on the Couleuvre near Pontoise the fields are green and lush but is it spring or summer? That is for the viewer to interpret what season it is. Paul Cezanne who influenced many, had a great impact on all that follow his lead. His life is represented in his work which shows us a great deal. The Father on Modern Painting is one of great accomplishments. 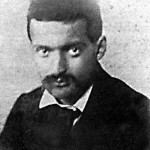 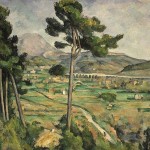 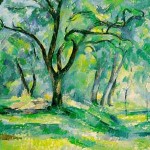 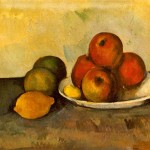 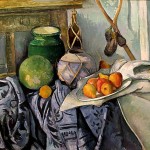