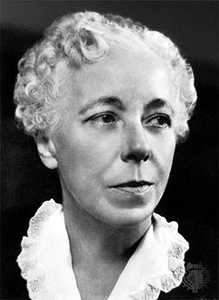 Her Contributions to Psychology are: Self-psychology, Psychoanalysis and Feminine psychology

Family Dynamics -Karen has ongoing conflicts with her father even though she ended up marrying someone who shared some of the same authoritarian qualities. Berndt, her older brother was the preferred one and was very attached to Karen. She always felt that she was unwanted

Theory/ Interesting Facts– One of her best theory that exists today is Neurosis. She saw neurosis as an attempt to make life bearable, as a way of “interpersonal control and coping”. She identified ten neurotic needs. They are based on things that all humans need, but that are distorted in some because of difficulties within their lives. She put all the ten neurotic needs into three strategies. Compliance, Aggression & Withdrawal.

READ:
Freud- Century of the Self Video Analysis

Compliance- Moving-toward strategy and the self-effacing solution. This Strategy is the need for protection, affection and approval. This is used mostly on children who are facing parental indifference. These children often have a fear of helplessness and desertion, or basic anxiety.

Aggression- Moving-against and the expansive solution. This strategy is the need for power, superiority and dominance. Children’s first reaction to parental indifference is anger, or basic hostility.

Withdrawal- The moving-away-from and the resigning solution. When neither aggression nor compliance eliminates the parental indifference, the children attempt to solve the problem by becoming self- sufficient.

He or she will experience great anxiety if the need is not met or if it appears that the need will not be met in the future. The neurotic, therefore, makes the “need” to be in central to their existence.