The area of Nicaragua is 50,193 sq. mi.  The Nicaraguan highlands, with an elevation about 2000 ft, cross Nicaragua from the northwest to the southeast.  Several mountain ranges, the highest of which, the Cordillera Isabelia, reaches an elevation of more than 6890 ft, cut the highlands from east to west.  In the west is a great basin, or depression, containing two lakes, Nicaragua, the largest in Central America, and Managua.  The two are connected by the Tipitapa River.  A chain of volcanoes, which are a contributory cause of local earthquakes, rises between the lakes and the Pacific coast.  In the east, the Caribbean coastal plain known as the Costa de mosquitoes (Mosquito Coast) extends some 45 mi. inland and is partly overgrown with rain forest. The four principal rivers, the San Juan, Coco (Wanks), Grande, and Escondido, empty into the Caribbean.

The natural resources of Nicaragua are primarily agricultural.  Deposits of volcanic material have enriched the soil, which is extremely fertile. 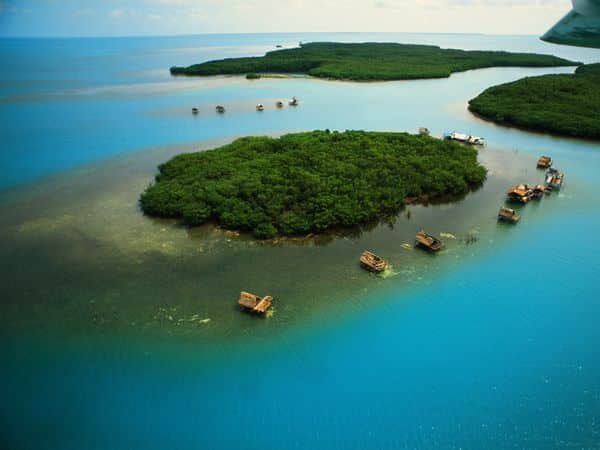 About half the land is covered with forests.  The country has some deposits of gold, silver, and copper.

About 77% of the Nicaraguan population is mestizo (people of mixed white and Native American descent), about 10% is white, and the remainder is Native American (4%) and black (9%).  The population of Nicaragua is 3,745,000, yielding an overall density about 75 per sq. mi.  Approximately 60% of the population is concentrated in the western part of the country, and more than 55% is urban.

Nicaragua is divided into six regions and three special zones.  Managua, with a population of 682,100, is the capital and commercial center.  León is an important religious and cultural center. Granada is the terminus of the railway from the main port of entry, Corinto, on the Pacific coast.

Spanish is the official language of Nicaragua.  Nearly 90% of the Nicaraguan people are Roman Catholic; most of the remainder are Protestant.

As in other Latin American countries, the culture of Nicaragua reflects Spanish cultural patterns, influential since the colonial period, combined with an ancient Native American heritage.  Nicaraguans hold many colorful celebrations to commemorate local saints’ days and ecclesiastical events.  The marimba is extremely popular, and ancient instruments such as the chirimía (clarinet), maraca (rattle), and zul (flute) are common in rural areas.  Dances from colonial times survive, as do fine examples of architecture.

The coast of Nicaragua was sighted by Christopher Columbus in 1502, but the first Spanish expedition, under Gil González Dávila, did not arrive until 1522; it established several Spanish settlements.  A second conquistador, Francisco Fernández de Córdoba, founded Granada in 1523 and León in 1524.

Nicaragua was governed by Pedrarias Dávila from 1526 to 1531, but later in the century, following a period of intense rivalry and civil war among the Spanish conquerors, it was incorporated into the captaincy-general of Guatemala.  Colonial Nicaragua enjoyed comparative peace and prosperity, although freebooters, notably English navigators such as Sir Francis Drake and Sir Richard Hawkins, continually raided and plundered the coastal settlements.  In the 18th century the British informally allied themselves with the Miskito-a Native American people intermarried with blacks-severely challenging Spanish hegemony.  For a period during and after the middle of the century the Mosquito Coast was considered a British dependency.  The so-called Battle of Nicaragua at the time of the American Revolution, however, ended British attempts to win a permanent foothold in the country.

Their independence began at the beginning of the 19th century, and Nicaragua declared itself independent of Spain in 1821.  A year later it 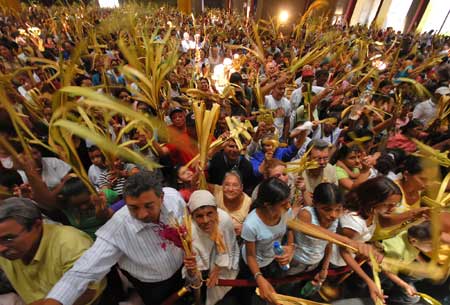 became part of the short-lived Mexican empire of Agustín de Iturbide, and in 1823, after Iturbide’s downfall, it joined the United Provinces of Central America.

In 1893 a successful revolution brought the Liberal leader José Santos Zelaya to power.  He remained president for the next 16 years, ruling as a dictator. Zelaya was forced out in 1909, after Adolfo Díaz was elected provisional president.  Following a revolt against his government in 1912, he asked the United States for military aid to maintain order, and U.S. marines were landed.  According to the Bryan-Chamorro Treaty of 1916, the U.S. paid $3 million to Nicaragua for the right to build a canal across the country from the Atlantic to the Pacific Oceans, to lease the Great and Little Corn islands, and to establish a naval base in the Gulf of Fonseca.  The agreement aroused protest in several Central American countries and resulted in anti-American guerrilla warfare in Nicaragua.  A force of American marines remained in Nicaragua until 1925.  Rebellions began when the marines left, and the American force returned in 1926. An election was held under American supervision in 1928, and General José María Moncada, a Liberal, was chosen president.  One Liberal leader, however, Augusto César Sandino, engaged in a guerrilla war against U.S. forces for several years.  The marines were withdrawn in 1933, leaving Anastasio Somoza commander of the National Guard.  Somoza had Sandino killed and was elected president in 1937. During the next 20 years, although not always president, Somoza maintained control of Nicaragua.

READ:
Where are Active Volcanoes?

Nicaragua declared war on the Axis powers on December 9, 1941.  In June 1945 it became a charter member of the United Nations.  Nicaragua joined the Organization of American States in 1948 and the Organization of Central American States, created to solve common Central American problems, in 1951.  In 1956 Anastasio Somoza, who had resumed the presidency, was assassinated.  He was succeeded by his son, Luis Somoza Debayle, who first served out his father’s term and was then elected in his own right.  For four years after the end of his tenure, close associates, rather than the Somozas themselves, held the presidency.  Then, in 1967, Anastasio Somoza Debayle, younger son of the former dictator, was elected president.  A military-minded autocrat, he repressed opposition with the aid of the National Guard.

In August 1971 the legislature abrogated the constitution and dissolved itself.  In elections to a constituent assembly in February 1972, Somoza’s Liberal party won decisively. In May, Somoza stepped down to the post of chief of the armed forces; political control was assumed by a triumvirate of two Liberals and one Conservative.  On December 23, 1972, the city of Managua was virtually leveled by earthquake; about 6000 were killed and 20,000 injured.  Martial law was declared, and Somoza in effect became chief executive again. He was formally elected president in 1974.