The Importance Of Water

As discussed in class, water is an essential of all living things.  Watersheds are important to freshwater ecosystems.  Watersheds are an area of land through which all water drains into a single river or lake.  The runoff in a watershed can have dramatic effects on an ecosystem.

Since oceans cover more than 70% of the Earth’s surface marine ecosystems are an important part of biogeochemical cycles.  Most evaporation 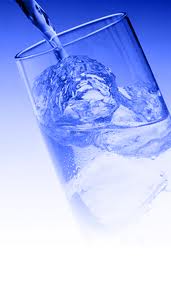 of water that falls in the form of rain or snow is from the oceans.  Green algae in the ocean provide a critical role in the production of oxygen gas and removal of carbon dioxide through photosynthesis.  However, due to the depth of the ocean, life can only exist in a few areas where the sunlight can permeate the surface of the water and plants can take root.  Coral reefs develop in warm shallow areas and can support a huge variety of living organisms.  On the other hand, deep oceans cannot support much life.

Cultural services are the benefits relating to our environment through recreational, aesthetic and the spiritual experiences we receive.  Ecotourism is one example of a cultural service provided by ecosystems.  Canada’s wilderness areas are a major destination for ecotourists, so ecotourism benefits our economy with a minimal negative impacts on our natural ecosystems.

Ecosystems provide products each of us uses.  We all enjoy maple syrup on our pancakes, aspirin (ASA) originally comes from willow trees, digitalis, the heart medicine, from foxglove as well as a variety of other medicines.  Forestry is one of the largest products produced by ecosystems.  Some trees come from tree farms while the largest amount of trees come from natural ecosystems.

Most ecosystems are in a natural state of equilibrium, in that they are not changing over time.  Their biotic and abiotic factors remain consistent.  Ecosystems change when their abiotic factors change.  The larger the ecosystem, the safer it is while the smaller the ecosystem the more vulnerable the system is.  A forest fire, or a drought, can easily wipe out an entire small ecosystem.

Ecological succession is initiated by a disturbance such as a geological event, a fire or human activity.  Primary succession occurs on soil or bare rock, where no life originally existed such as after a volcanic eruption.  Secondary succession occurs when there was previous life but the species change due to an event such as fire or flood.  For example, flowering plants and shrubs will grow in an area where forests were devastated by fire.

Succession provides a mechanism by which ecosystems maintain their long term sustainability.

Extinction of a species occurs when their numbers are driven so low that they cannot maintain their ecological niche.  In Canada, it is the function of the Committee on the Status of Endangered Wildlife in Canada that monitors the numbers of all Canadian species.  Species at risk are categorized into four (4) categories:

When a species is placed in the endangered or threatened category, another agency, RENEW (Recovery of Nationally Endangered Wildlife).  As of 2008, 564 plant and animal species are considered at risk in Canada.

Habitat loss, urban expansion and pollution are now all affecting the biodiversity of our ecosystems.

Habitat loss, mainly in the nineteenth and twentieth centuries, became a major influence on Canadian ecosystems.  When a large ecosystem becomes divided up into small parcels of land as a result of forestation or farming, those species that needed a wide range to meet their food energy needs became threatened.  A prime example is the Eastern cougar which now some people don’t believe even exists anymore.  Cougars once roamed from the west to the east of Canada but now can only be found in certain areas in the west.

The Introduction Of Non-Native Species

Introduction of non-native species to Canada usually does not have a great biological impact because few species can tolerate Canada’s harsh climatic conditions.  Occasionally, an introduced species does become successful in its new environment.  When a population grows unchecked, it gains an advantage over native species.  Invasive species are introduced species with growing populations that spread and have a negative effect on the environment.  Canada has over 3000 invasive species.  Starlings, that dark spotted bird in your backyard, were introduced into Central Park, New York, in the early 1890’s.  100 birds introduced has now become over 200 million birds.  The growth of starlings have caused a decline in native songbirds.

How Are Invasive Species Controlled?

Water is our most precious resource, and from what we have seen in the news lately, it has become threatened.  The recent oil spill has demonstrated the catastrophic effect human activity can have on ecosystems.

Oil is toxic, slow to break down and very difficult to clean up.  Sea birds and seals are particularly vulnerable to oil spills.  When sea birds get oil in their wings, they remove it an ingest (eat) it while cleaning themselves.  The ingested oil damages their digestive tract, liver and kidneys.  When covered with oil, the feathers of birds and fur of seals lose their ability to insulate. The animals lose too much body heat and die of cold

Following a spill, a variety of methods can be used to capture, break down, or disperse any oil that cannot be recovered.  These include:

Plastics that wash out to sea tend to accumulate in certain areas due to ocean current patterns.  In the Pacific Ocean, such an area exists that is twice the size of Texas and up to 100 m deep.  As it breaks down, smaller and smaller organisms, ingest plastic products.  Sea turtles and birds such as the albatross are threatened by this floating flotilla of garbage.