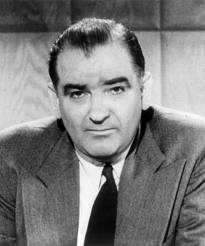 -many people suffered loss of employment, destruction of reputation, imprisonment based on suspect evidence, or tactics deemed unconstitutional

-McCarthy eventually condemned by Senate when he accused members of the armed forces, and showed himself to be an unscrupulous bully during televised hearings