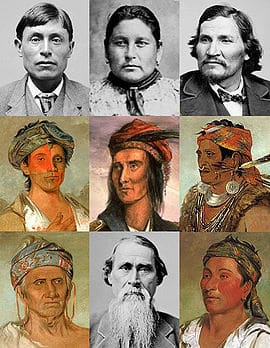 The Shawnee – Overview and Contributions to the War Effort

– A First Nations tribe which felt great resentment towards the United States’ idea of Manifest Destiny – Shawnee
– Tecumseh was an intelligent and widely respected war chief of the Shawnee Indians in the early 1800s. He attempted to assemble a confederation of tribes to resist white settlement into the center of the North American continent, in the Ohio and Mississippi valleys.
– Tecumseh became a prominent First Nations leader and led his campaigns at Detroit and Fort Meigs
– Tecumseh experienced many victories along the British side and many more warriors joined him in Canada
– While many Shawnee enlisted along Tecumseh’s side, many just mentally opposed the United States and maintained a neutral stance during the war

– American: William Henry Harrison, the American Military Officer who became the 9th President of the United States and was commended for his military achievements and developments

– British: Sir Isaac Brock, a British Army Officer nominated for the job of defending Canada; holds great heritage for his military achievements and repulsion of the American army.

– Native: Tecumseh (leader of the Shawnee and other branches of First Nations tribes) and Joseph Brant (Mohawk Leader) 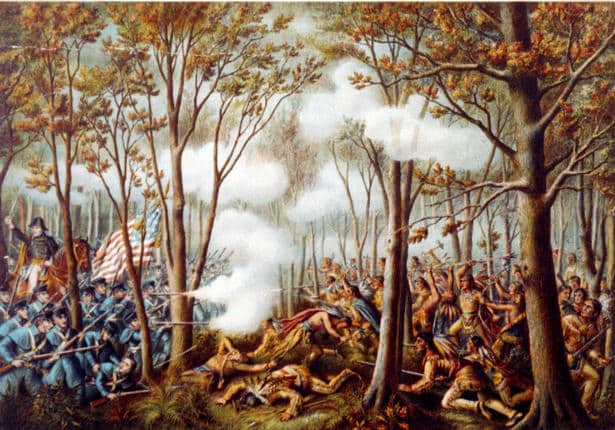 Highlight Battles of the War

Battle of the Thames (Moravian Town)

– The Treaty of Paris had been signed signifying peace with the Canadians and the Americans
– Peace and neutrality would come where Canadians would later decide to leave Detroit only through the condition that they would keep their original territory
– The United States made a brisk decision and did not want to engage in further combat with Canada, prioritizing European Affairs

If Tecumseh’s idea of organizing the various Indian tribes to resist white settlement had succeeded, it would have seriously changed the course of American history. His political skills and charismatic leadership made him a revered figure. Countless tributes to Tecumseh have appeared over the past two centuries, including the naming of towns and US Navy ships for him. Tecumseh has become an iconic hero in American, Aboriginal and Canadian history.