As the population grows at an exponential rate, feeding the world’s people is becoming an increasingly important field of scientific concern. Projections predict that population will grow more than 2 billion by 2050. This rapid growth cannot be sustained in definitely and will be either at the expense of a lower lifestyle quality or dramatically curb future population growth. With the global temperatures rising at an exponential rate, biotechnology will need to be utilized in today’s agriculture to mitigate and prevent server damage to food security. The extreme temperature increase may affect crops and have unprecedented impacts on our ability to provide sufficient food. Hence, new food production methods must be investigated as potential solutions to the rapid increase in temperatures. There are three food production methods to circumvent high average temperatures which include vitro meat, xerophytic adaptations and hydroponics.

Vitro meat, otherwise known as cultured meat, is growing in popularity and is a possible solution to not only the environmental change but also our increasing demand for 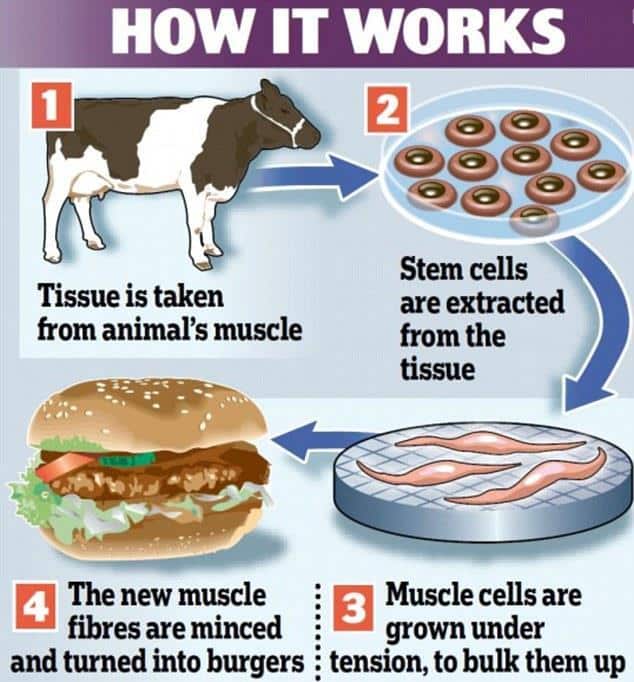 meat. Research shows that more than 64% (Wilks, 2017) of people would be willing to try vitro meat. This means that vitro meat is accepted by most as an alternative to farmed meat. While others may not endorse vitro meat for whatever reason, it may be the only solution if the world’s population continues to grow at projected rates. Vitro meat is also significantly more environmentally sustainable and is approximately 90 % more efficient in energy use, greenhouse gas emissions, land use and water use (American Chemical Society, 2011). Therefore a consensus must be reached to insure its use in the future. The taste of cultured meat can also be made more palatable, nutritious and cost effective with further research and use of modern technology. With such benefits, vitro meat should not be overlooked as a future food, nor should the use of hydroponics in agriculture.

Hydroponics is the growing of plants without soil and is also a viable option to address the current food crisis. While it may not be most favorably known by organic advocates, hydroponics can possibly replace any other growth medium. There are many reasons for this including that it uses 20 times less water, is more productive and allows crops to grow all year (Dyna-gro2017). Although there are multiple benefits to hydroponics, the initial construction and materials required can be initially expensive, it will create more profit than soil grown crops. Hydroponics can also be constructed with multiple stories to improve efficiency and reduce environmental impact.

Xerophytic adaptations for fruit trees can also be a possible solution to the calescent temperatures. By implementing xerophytic

adaptations, fruit trees and some crops can be genetically modified to improve their resilience to high temperatures. Adaptations such as succulent leaves, thin leaves and thick bark are all used by xerophytes to conserve water and minimize transpiration. These specific adaptations along with cauliflory can be used to both maximize yields and improve resilience towards increased temperatures. While it may be a possible solution, some argue that genetics is should not be altered for the purpose of improved genetics due to its uncertain repercussions on the environment. Others argue that it may be the only way to provide food for future generations in the prevailing calescent temperatures, which is corroborated by many scientists.

In conclusion, there are multiple solutions to the rising temperatures in the biosphere, however the most effective methods are xerophytic adaptations, hydroponics and vitro meat. Although these methods may be the solution to sustaining population growth, the carrying capacity of the earth will eventually be exceeded if ongoing practices are continued. Once the earth’s carrying capacity is exceeded, further population growth cannot be sustained and therefore alternative solutions will be required, such as limiting population growth. While every solution has its consequences, action must be taken in order to address the issue and provide adequate food and nutrition for the exponentially growing population.