Waterford Glass was started by two brothers, George and William Penrose, in 1783. It was the most notable of all Irish crystal companies. In 1799, the Penrose brothers sold Waterford Glass to the Gatchell family. The crystal industry was prosperous until 1825. Irish glass manufacturers began to slowly close due to high export duties, the economic depression, and a lack of capital. Waterford Glass was the last to close in 1851. It was reestablished nearly a century later by Charles Bacik and Bernard Fitzpatrick. In 1947, they set up a factory in Waterford, Ireland. A turning point in the company’s history came in 1950 when Joe McGrath made a sizable investment in Waterford Glass. 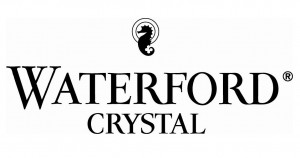 crystal industry. This investment gave his family control for the next thirty-five years. Joe McGrath was committed to Ireland and providing jobs for his country. He wanted to reduce the country’s high unemployment level. His focus for Waterford Glass was on growing the company through exports to the United States. In 1966, Joe McGrath’s son, Paddy McGrath, took over management of Waterford Glass. Like his father, he was dedicated to Ireland and to providing employment opportunities for the Irish. McGrath’s quest to provide more jobs for the Irish led him to diversify the company. By 1983, the company had acquired more than thirty non-core businesses. To reflect the expansion, management changed the company’s name to Waterford Glass Group. In 1985, Paddy McGrath resigned as chairman of Waterford Glass.

Concurrent with Paddy McGrath’s resignation, Paddy Hayes was appointed chairman and CEO of Waterford Glass Group. He immediately began to sell off the non-core businesses in an effort to reduce the company’s high debt level. Waterford Glass’s debt was virtually eliminated with the issue of American Depository Shares (ADS) on the United States NASDAQ market. On November 28, 1986, Waterford Glass acquired Wedgwood, a two hundred year old manufacturer and marketer of fine bone china. Paddy Hayes was named the chairman and CEO of both companies and Paddy Byrne was appointed CEO of Wedgwood. In 1989, the company’s name was changed to Waterford Wedgwood. Three divisions were created as a result of this acquisition: the Waterford Crystal division, the Wedgwood division, and the Creative Tableware division. In 1989, Paddy Hayes resigned from his position as chairman and CEO of Waterford Wedgwood.

Paddy Hayes was succeeded by Paddy Byrne as CEO of Waterford Wedgwood. Paddy Galvin was appointed as CEO of Waterford and Paddy Byrne continued as the CEO of Wedgwood. In 1990, the ownership of the company began to shift from Ireland. This was the result of an equity investment made by the Morgan Stanley/Fitzwilton consortium. On April 5, 1990, the workers at Waterford Wedgwood went on strike. The strike occurred when management took steps to reduce high labor costs. The strike lasted fourteen weeks causing significant problems for the local community. In December 1990, Waterford Wedgwood became two independent entities. Concurrent with the restructuring of the company, Paddy Byrne resigned. In September 1991, Waterford introduced a new brand of crystal called “Marquis by Waterford Crystal.”