Anselm vs. Wagner vs. Dawkins

Many people today are puzzled over whether a god truly exists or not. There are three approaches to the belief of an ultimate being one can classify as: atheist, agnostic, or theist. The related article for this paper on Anselm argues from the view point of a theist. A theist is one who believes in the existence of a god or gods; specifically the beliefs 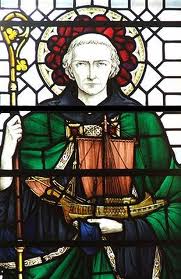 in the existence of one God viewed as the creative source of the human race and the world who transcends yet is immanent in the world.[1] In contrast to Anselm, Richard Dawkins argues the view point of an atheist. An atheist is defined as one who believes there is no deity.[2] Neither Anselm nor Dawkins addressed agnosticism which happens to be the position I prefer on this topic. An individual who is agnostic holds the view that any ultimate reality is unknown and probably unknowable; one who is not committed to believing in either the existence or the nonexistence of God or a god.[3] In this paper I will compare Anselm’s, Dawkins’, and my own views. Religion, or the absence of, can play a very important role in one’s life. We must consider the views of each classification to decide which we find most convincing or whether we settle unconvinced.

Both atheists and theists believe that they have their own source of legitimate evidence to their beliefs. Anselm’s opposing views follow the logic that science is not able to explain everything that has come to be. He believes that God is ultimately the answer for all things that happen, which would prove that he exists. In Anselm’s reply to Gaunilo, he explains a way of proving that he understands things in the way that God intended him to; “Is this inconceivable, or is some being greater than this conceivable? Or is not this to form a notion from objects than which a greater is conceivable, of the being than which a greater cannot be conceived? There is, then, a means of forming a notion of a being than which a greater is inconceivable.”[4] When considering morals, Anselm believes that God is almighty and he is good. Therefore, our morals come from the basis that we want to be holy with God and do good just as he does. Dawkins argues that science is the most legitimate source of evidence. He states “Religion teaches us to be satisfied with not understanding.”[5] Rather than looking for reason and scientific evidence for the existence of a god, theists just rely on the fact that god is the reason for everything. In addition, Dawkins also says that morals are not due to religion. He states that it is apparent that morals vary within cultures, but there are universal morals which apply to all.  My own, agnostic views on whether science or belief is more legitimate are indecisive. For example, I feel as though Darwinism has much more empirical evidence behind it than the Creation story. Science cannot be proven wrong, but debates over religion will always continue to happen. When faced with the debate on  whether morals are religious or scientific, I agree with Dawkins’ statement that there are certain morals which seem to be universal. However, I came across a book, The Agnostic Inquirer, which states “A human being with insanity is an inappropriate subject for moral blame. Many experts maintain that insanity is caused by some breakdown or failure or deficit in the brain. Insane people get things wildly wrong: “I’m a poached egg.” Or “I’m the maker of the world; I can make things out of nothing.””[6] This causes the question to arise that perhaps the ‘creator of our world’ was simply an individual experimenting with LSD or had been deprived of oxygen, but yet people believed this persons stories. For me, the answer to what is a legitimate source of proof remains unknown.

To further the topic of science, both Anselm and Dawkins felt very strongly about science and both philosophers would agree that religion and science should not relate; however, they have different reasoning to this idea. Anselm stated, “The question of God is not a question of science”[7] One may question his or her belief in God, but simply acknowledging God proves He exists. Furthermore, Anselm would argue that the creation of the universe was done by God. The creation of something so complex must but done by something even more complex than its creation. The only being which would fit this criterion is God. “God is whatever it is better to be than not to be; and he, as the only self-existent being, creates all things from nothing.”[8] Theists say that it is impossible for there to be a “correct tuning” of elements to produce the universe. On the other hand, Dawkins stated, “Religion and science do not overlap.” Science is the only truth; therefore religion should not be introduced in the topic of science. He believes that the biological design is a combination of innumerably many small steps that are guided by the forces of natural selection.[9] The strongest argument which Dawkins presents is that the universe has come to be due to science. He is a strong follower of Darwinism which states that all species of organisms arise and develop through the natural selection of small, inherited variations that increase the individual’s ability to compete, survive, and reproduce.[10] He also believes that science is ultimately the answer to how all came to be and he is able to up this claim with evidence. To refer to an agnostic view of science and the creation of the universe, I would have to agree with a great quote Dawkins made, “Science is corrosive to religion; religion is corrosive to science.”[11] On this topic, I agree more so with the views of atheists because I feel as though science has more solid evidence than simply relying on what is taught from the Bible. Both sides of the argument are very persuasive, but neither seems to prove an absolute truth.

‘Is there a creator?’ is the main concern of atheists, theists, and agnostics. Anselm would say that there is an almighty being, which is God. He argues that even the idea of God proves His existence. “Though you may doubt God’s existence, you do at least have that idea of God. Whatever you have an idea of, we can say, exists at least in your mind, even if you don’t think it exists in reality.” Anselm furthers this idea by relating it to artists, “Just as an artist may have a painting in her mind before she actually paints it, even while recognizing it, she understands that it exists both in her mind and in reality.” [12] Dawkins would argue against Anselm’s beliefs by saying, “All theists have to say is ‘God did it’.” He believes that instead of relying on God for all the answers, we should “roll up our sleeves and get into it.” Another point commonly used to support atheists is that one can imagine a ‘flying spaghetti monster’ just as one can imagine God, therefore the flying spaghetti monster must exist according to Anselm. As an agnostic, I am unsure whether there is an almighty being or not and if there is one, I cannot see myself committing to this almighty being. A reason for my disbelief is if God and all he does is good, then why is there war, poverty, abuse, and neglect. On the other hand, what is there to loose with believing in God? If I doubt God and yet He truly does exist, I may miss out on eternity in Heaven, but if I believe and follow God’s ways, I will be able to rest in heaven. These are questions which cause me great frustration.

Both sides, atheist and theist, can be very persuasive; however, neither side persuaded me for this paper. Richard Dawkins and Anselm both have great opinions and I, as an agnostic, am open to all opinions. I believe that each person has the right to make their own decision on how they prefer to live their own life, whether it is for religion, against religion, or something in between.