Auguste Rodin was born November 12, 1840 in Paris and attended the Ecole des Arts Decoratifs in Paris at age 14. Rodin had a special gift for modeling human figures and faces; therefore sculpting humans is all he did. Decorators and commercial sculptors exploited Rodin at a very young age. It was some 20 years before he could sculpt for himself, under the commercial sculptor Albert Carrier-Belleuse. (Auguste, 19)
Rodin sculpted ornamental figures for several major buildings in Brussels, such as the Bourse and the Palais des Academies.

He then worked on the monument to Jean-Francois Loos, the former mayor of Antwerp. Rodin did not start this monument, but he work on it. 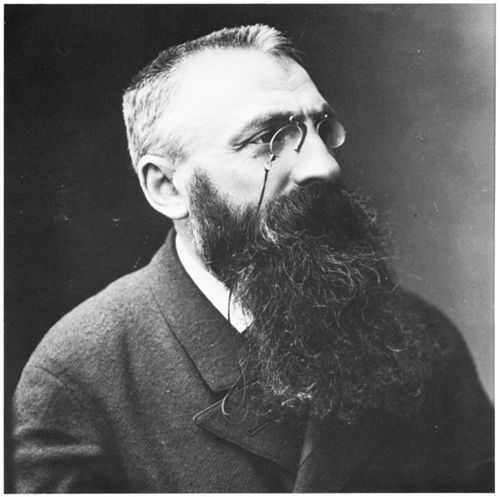 Rodin acquired a sufficient amount of money to travel to Italy, which was an important step in his career. In 1877 he returned to Paris with his first major sculpture, The Age of Bronze. This piece of work showed a young man coming out of misery and depression to a state of heightened awareness. Critics and fellow artists thought and also accused Rodin of making this piece from a plaster cast taken directly from a living person. This deeply hurt Rodin. (Auguste, 19) In 1880, Rodin was contracted by the French government to make a door for the projected Musee des Arts Decortifs. Rodin worked endlessly on the sketches for the bronze door, now titled The Gates of Hell. In 1883 Rodin met Camille, this is when he had reached his “decisive stage” in preparations for The Gates of Hell. This aspect of Rodin’s work and ideas has to be borne in mind considering the beginning of his relationship with Camille Claude. (Auguste, 21-22)
Camille and Rodin had, at first, an intimate attraction for each other. Rodin met Camille when he was an instructor correcting the work of a group of young ladies. This man was the master who could finally teach Camille a proper set of artistic bearings. Rodin could knead the clay “at lightning speeds” and instantly create the most complex and expressive form. (Auguste, 22)
In 1884, Rodin made his first portrait of Camille, an “austerely beautiful head with large eyes, short hair and sharply defined features”. And by 1886, Rodin was so obsessed with Camille that he followed her to England where she was staying with her friend Jessie Lipcomb and her family in Peterborough. (Auguste, 24)
In the fall of 1884, he was commissioned to design the monument to The Burghers of Calais, which was to become one of his major works. He wrestled with the theme tenaciously for several years, and the outcome, with its democratic treatment of the figures, was a milestone in the development of monumental sculpture. (Auguste, 26)
From 1864-65, Rodin had been involved in a long-standing relationship with Rose Beuret. The attractive seamstress, who originally hailed from the eastern part of the Champagne region, had remained loyal through thick and thin, even in the worst circumstances. Besides of posing for Rodin in her youth, she acted as his housekeeper and studio assistant and took up sewing to pay the bills. Rose was also the mother of Rodin’s son, Auguste Beuret. Although she occasionally grumbled and staged occasional protests, she generally accepted his refusal for marriage. (Auguste, 33)
Rose was essentially an outsider, since she could hold no intellectual conversations pertaining to art. Rose had been a used up hand towel and 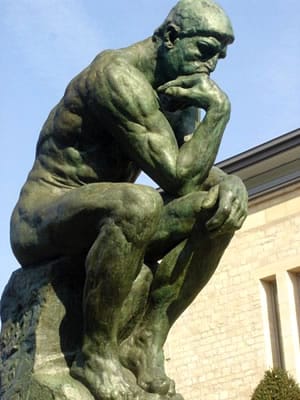 now expected to get up off the ground and clean herself. Rodin seemed to be a senseless jerk for treating one of God’s best creations like that. (Auguste, 33-35)

Rodin carried on his work with minimal sculptures and various paintings until he died of old age November 18, 1917. This was a little less than ten months after he finally married Rose Beuret, and she died two weeks after the wedding. (Auguste, 122)