Deng Xiaoping was a loyal communist who sacrificed his own life so his people could have a better one.  During his long political career, he served as a Communist political commissioner of the 129th Division (Liu-Deng Army) from 1929 to 1949.  As political commissioner he bravely and successfully fought the Nationalists.  In 1945, he was elected to the Central Committee of the Chinese Communist Party.  He became a member of the Politburo in 1955 and ever since that year, he has been an invaluable member of the party.

Depending on your personality or view, you may come to conclude that Deng Xiaoping was a force for evil and that he was responsible for 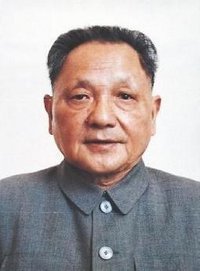 taking away the freedom of millions of Chinese citizens.  Some people may even conclude that Deng Xiaoping was a “power-hungry” dictator who would do anything to obtain power.

Before the Communist began to revolt, the Nationalists were doing a poor job of running the country and did not keep their promise for land reform.  Deng Xiaoping believed that a Communist government would do a better job of running the country.  During the Nationalist- Communist Civil War, Deng greatly influenced the outcome in favor of the Communists by using effective military strategy.  Deng Xiaoping was appointed political commissioner of the 129th Division of the Eighth Route Army (the Liu-Deng Army) from 1938 to 1947.  He employed several campaigns against the Nationalists in which he inflicted severe damage.  One campaign was when he led his army in the battle of Huaihai, which put 550,000 men of the Kuomintang troops out of action.  Afterwards, he led his army across the Yangtze and liberated Nanjing, the capital of the Kuomintang government.  Then his army liberated the entire southwest of the country.

In October 1, 1949, China became a Communist nation.  Without Deng Xiaoping’s tremendous performance during the war, the Nationalists probably would have easily won.  Because of Deng Xiaoping, the people of the nation were finally able to begin to modernize and enjoy a higher standard of living.

From the day China became a Communist nation, to 1976 when Deng Xiaoping’s superior, Mao Tse-tung dies, Deng Xiaoping did several things that greatly influence China.  However, most of what happens to China during that period should be credited to Mao Tse-tung because he decided what policies to use and not to use.  This however does not mean that Mao made good decisions.

The first disagreement between Deng Xiaoping and Mao Tse-tung occurred in 1962.  Mao proposed a plan called, “The Ten Points.”  This agricultural plan was an extension of the commune system. It disregarded the negative experiences the people had at the communes.  The main purpose of this plan was to keep all the people in the same class.  Deng Xiaoping and his supporters within the party disagreed with this plan.  Therefore, they proposed an alternative plan called, “The Ten Further Points.”  This plan gave the peasants more freedom to grow crops and more freedom in politics.  Mao did not like this and began to feel paranoid.  He believed everyone in the party was against him.  As a result, he launched the Cultural Revolution that led to the downfall of several Chinese leaders including Deng Xiaoping.

Deng Xiaoping eventually rose back to power (he had two more downfalls but regained power both times too).  He never really opposed Mao again until his death in 1976.  After Mao’s death, Deng Xiaoping finally stepped out of Mao’s shadow and attempted to reverse the country’s “backwardness.”

In April 1976, four months before Mao’s death, the Gang of Four led by Mao’s wife, Jiang Qing, a powerful member of the Politburo caused the third downfall of Deng Xiaoping.  Deng Xiaoping was forced to hide with old comrades from the Nationalist-Communist Civil War.  He 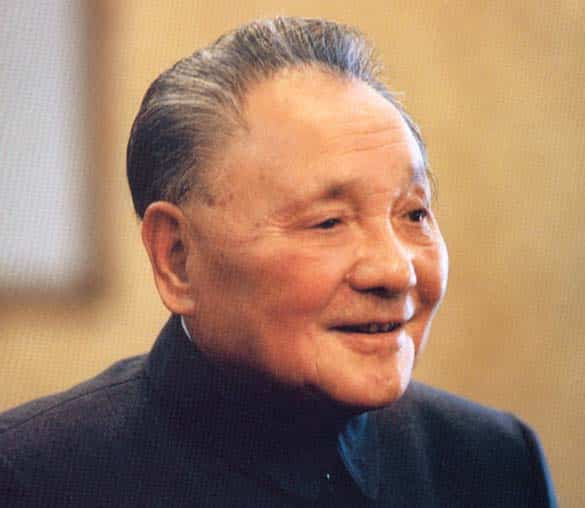 persuaded an old marshal, Li Xiannian, to join his side to fight against Jiang Qing.  Deng Xiaoping also got the support of military leaders of northern and southern China.  With all this support, he convinced Hua Guofeng, the premier of China, to arrest the Gang of Four.

On October 6, an armed force unit arrested Jiang Qing in her home.  The other three members were summoned to a nighttime emergency session at the Peoples’ Congress Hall.  The three came with the least bit of suspicion.  When they entered through the door of the building, the trap was sprung and they were all arrested.  By ridding China of radicals who could have easily harmed the lives of the Chinese people, he once again saved millions from unwanted suffering.

READ:
Accomplishments of the Han Dynasty

Deng Xiaoping finally controlled the nation as he desired.  Although the general secretary is supposed to be China’s most powerful official and Deng Xiaoping only occupied the position of Second Deputy Party Chairman (later the position of Chairman of the Military Commission), he was the one with all the power.  In late December 1978, the “Deng Era” began.  During the “Deng Era,” Deng Xiaoping proved thoroughly that he was a force of good by spending the remainder of his career reforming China for the better.

One of the first things Deng Xiaoping did for the country was to make Mao less “Godlike.”  To make Mao less “Godlike,” he convinced the people that Mao did make mistakes while he was in power.  Deng Xiaoping told the people that Mao’s greatest mistakes were the Cultural Revolution and the Great Leap Forward Policy.  After Mao was made less “godlike,” it became easier to reform China.

From the late 1950s to 1979, the economy of China was at a standstill.  The living standard of the Chinese citizens was not improving and becoming worse.  Industry was producing at only fifty percent.

The first policy Deng Xiaoping reformed was the land policy.  In 1979, he eliminated communes and began to give greater independence to the 800 million peasants.  He leased the land to the peasants and allowed them to decide what to grow.  Part of his policy was to have the peasants relinquish a certain portion of their harvest (usually one-third) for a price guaranteed by the government by contract.  The rest of the harvest was theirs to sell or keep.  Because of this policy, production of food greatly increased and the net income of a farm family more than doubled.  Soon the Chinese were enjoying a higher standard of living.  Before this policy, the people of China usually did not have enough to eat. After the policy, the Chinese were enjoying eggs, meat (which used to be almost nonexistent) and other treats.

Deng also wanted to improve the industry of China.  He did this by allowing small private enterprises do business.   These enterprises were usually small restaurants and other types of shops.  In 1979, Deng Xiaoping also created four special economic zones where foreign investors could invest their money.