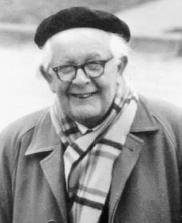 -attended the University of Neuchatel

-received a PhD in Natural Science

-Moved to Paris, France to teach at an all boy school

-Here was what led him to his theory that young children’s cognitive processes are inherently different from those of adults.

-1979 awarded with Balzan Prize for Social and Political Science.

Importance: Educators are able to teach to the child at the appropriate level depending on their stage of development.  The result has been a greater understand and retention of the lesson taught.

-Russian psychologist > Lev Vygtsky stressed the importance of a child’s cultural background as an effect to the stages of development.

-challenged his theory that the hierarchy of learning development had to develop in succession.

-Wrote his first article at the age of 10

-In 1955 created the International Centre for Genetic Epistemology in Geneva.